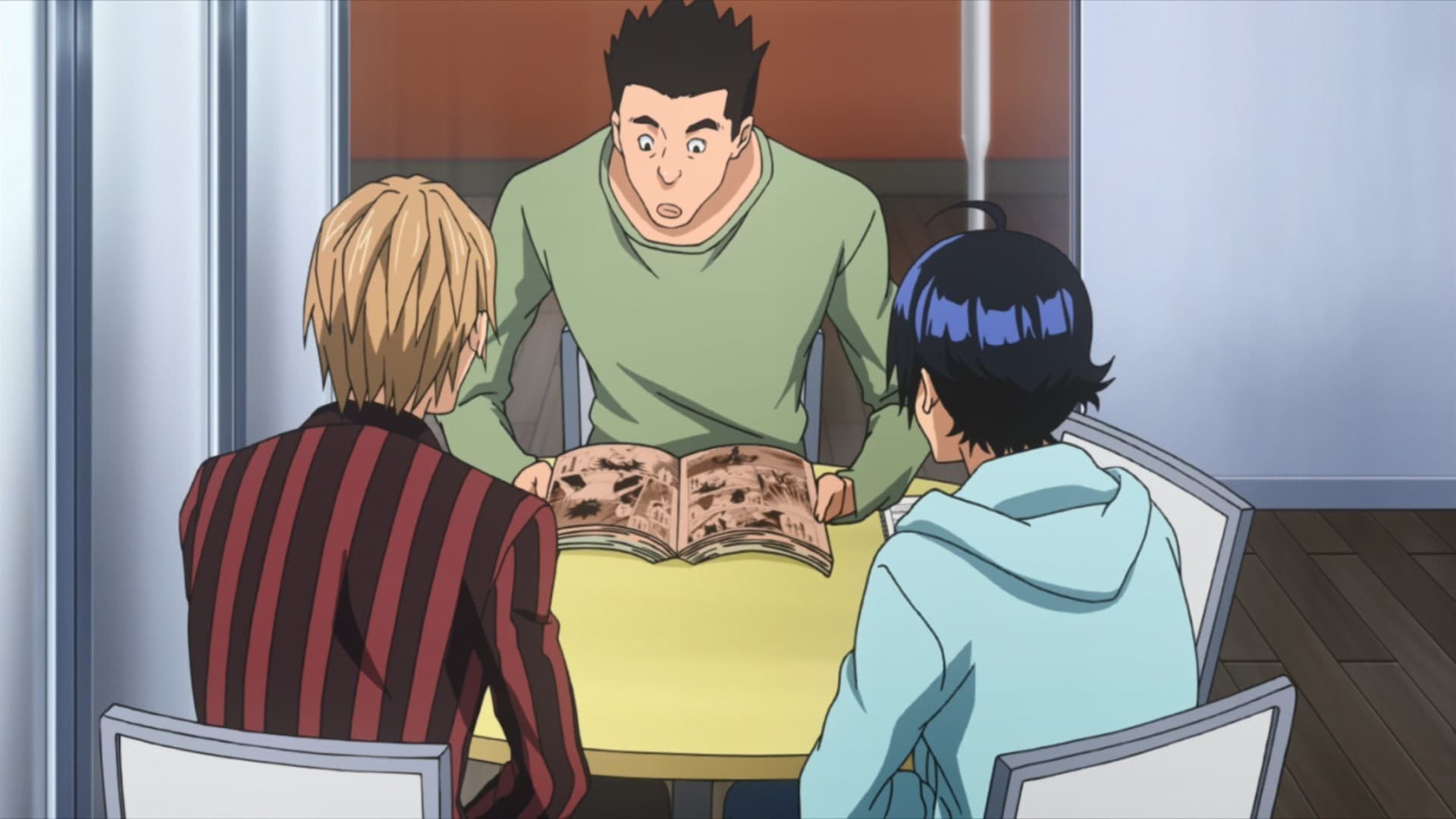 Bakuman Sub Indo – Mashiro and Takagi meet with Hattori, who says the manga artists liked their work, but the editors judging it thought it would never be published. Mashiro, wanting to progress faster than he is now, wonders if he could submit a work for serialization, and Hattori is doubtful. The editor in chief says that work needs to be good to be serialized, but Mashiro and Takagi are not good enough yet, and need a good main character to do so. Their early attempts are unimpressive, but Hattori suggests that a cult hit that only 20 percent of the reader base would read, but consider their favorite, might be a way for Mashiro and Takagi to get first place. Takagi mentions an idea he has called Money and Intelligence, in which people sell the contents of their minds to others, and Hattori suggests that they work on it.