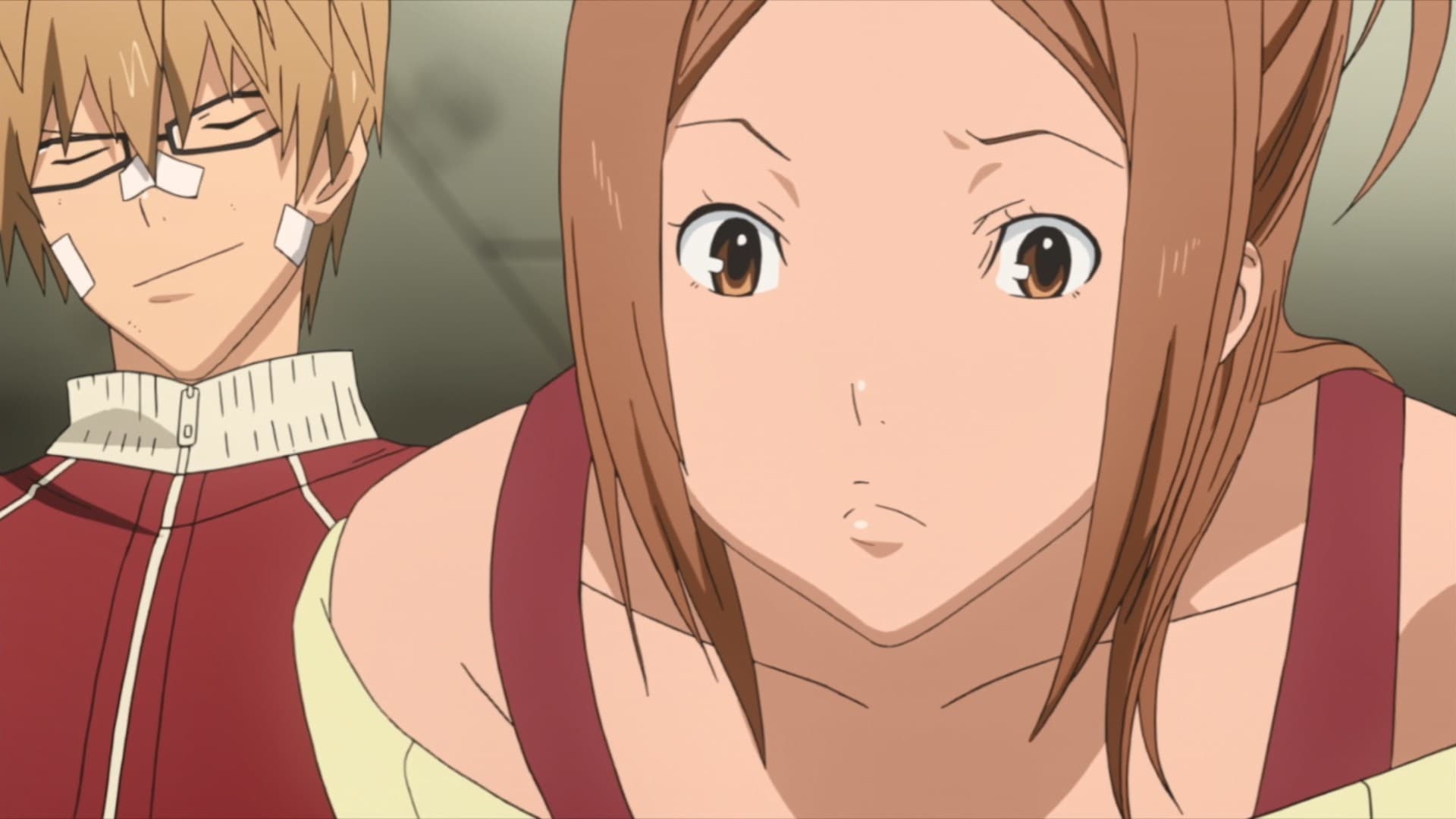 Bakuman Sub Indo – Mashiro has come to the conclusion that doing mainstream battle manga is the way forward, and draws characters from other battle manga to polish his skills at drawing this type of manga, Meanwhile Nizuma’s manga “Yellow Hit” is on the verge of being serialized, but Nizuma’s editor learns that he is planning on submitting “Crow” instead, and brings him down to the editorial offices. At the same time, Mashiro and Takagi are meeting with Hattori, who tells them that they are not suited to mainstream manga and that the mainstream authors who are popular are considerably more talented. Nizuma meets Mashiro and Takagi, telling them that he liked Money And Intelligence and wants to be friends with them, before drawing a name in front of them. Hattori hopes that demonstration will convince them that they’re not able to compete with him in mainstream manga, but they remain determined to do so, and he gives them six months to submit a good mainstream work before he steps down as their editor.