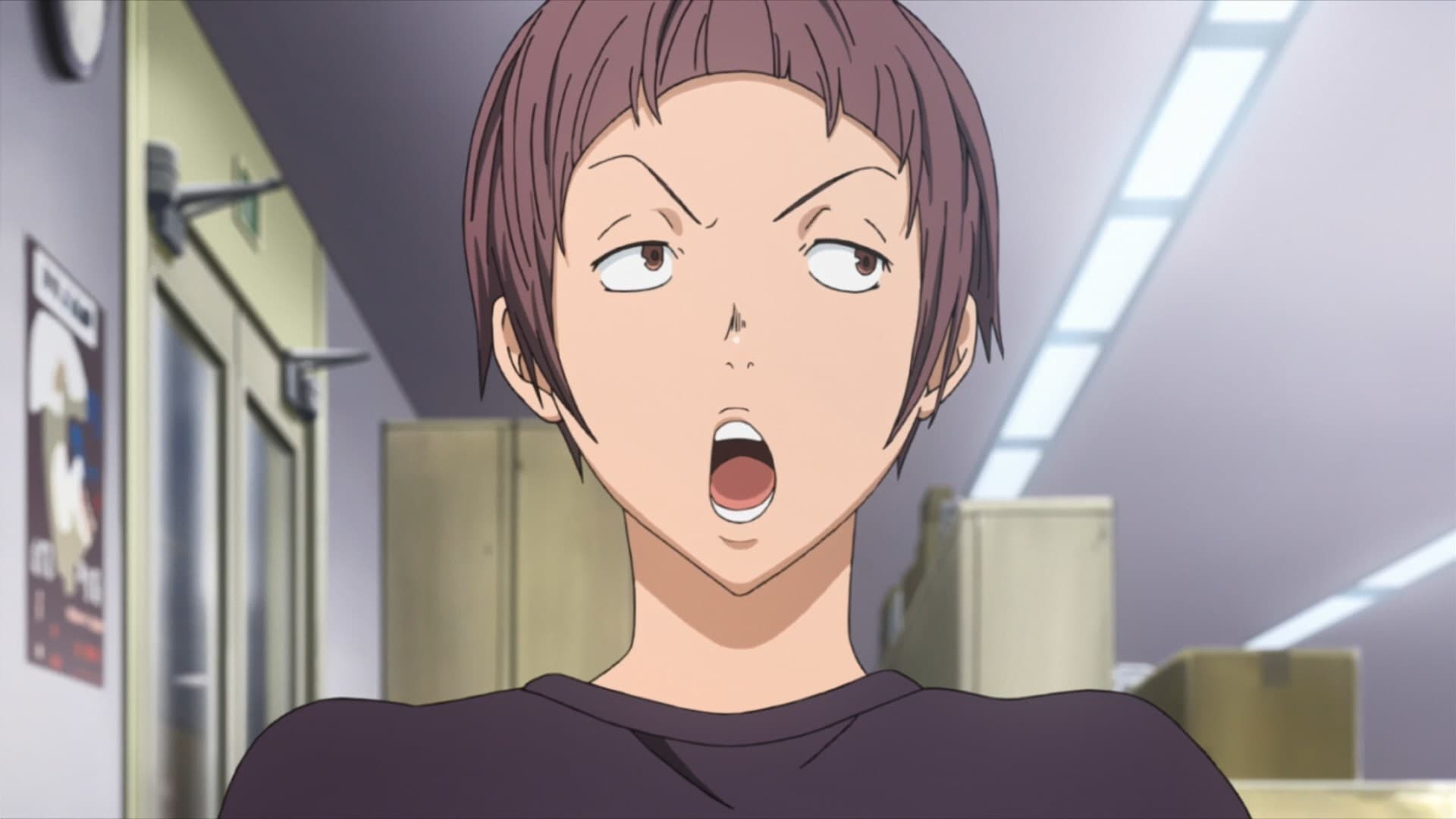 Bakuman Sub Indo – Hattori goes over the weaknesses of Mashiro and Takagi’s storyboard, and tells them that they need good characters, simple yet exciting battles, cute heroines, and tragedy and humor to make a good storyboard. Nizuma admits that he wrote the name on the spot, rather than having it in his head, and Mashiro and Takagi realize that he is a “genius” who can draw what he wants. Nizuma tells his editor that he likes the passion in Mashiro and Takagi’s eyes, and sees them as his rivals. Meanwhile, Azuki auditions for Saint Visual Girls’ Academy, a midnight anime, and gets a bit part. Mashiro, seeing her progressing toward her dream, becomes somewhat impatient and asks her to continue waiting for him, and she promises to do so while telling him to stop sending emails like that.