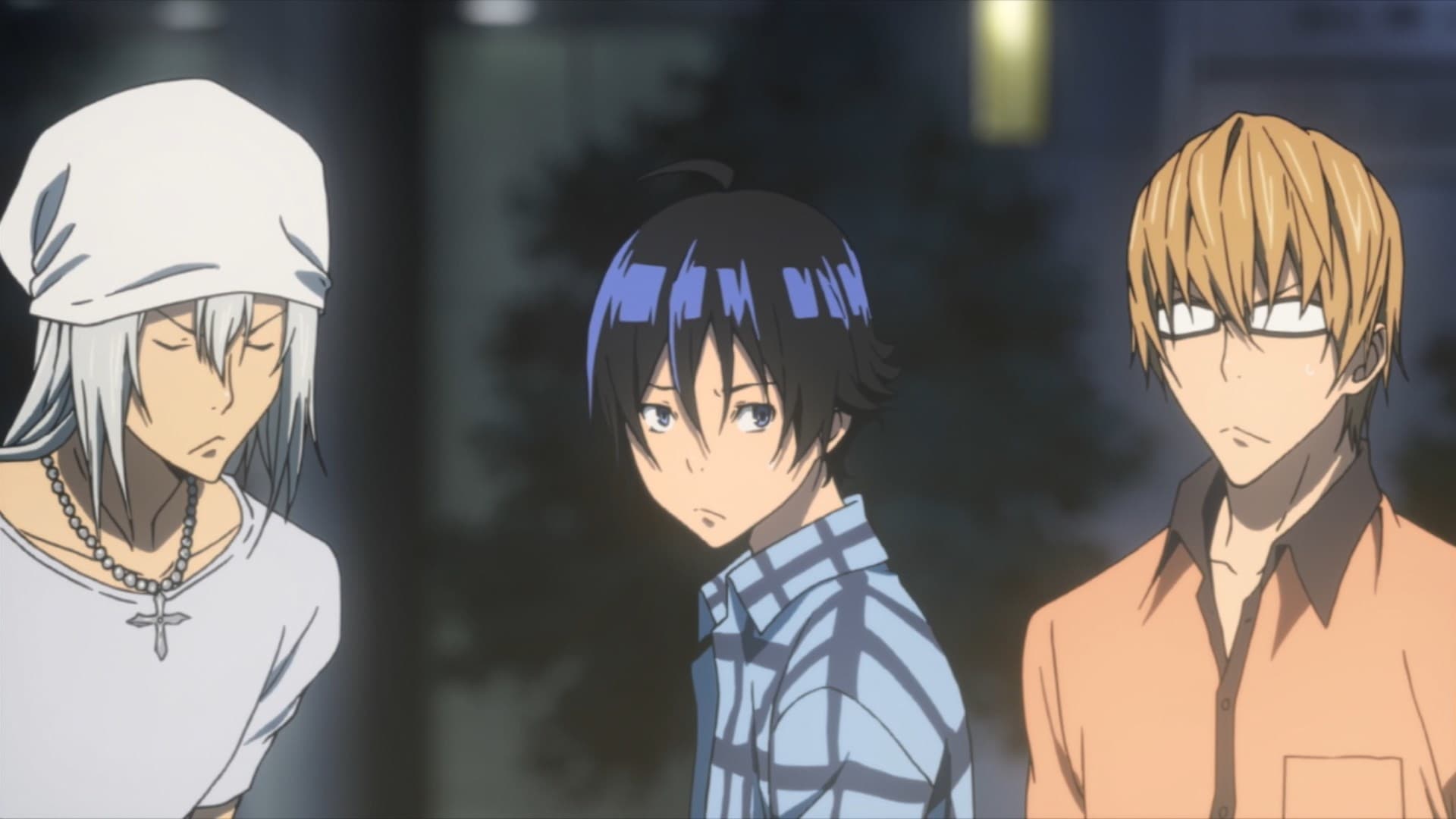 Bakuman Sub Indo – Team Fukuda reaches the editorial offices, but despite their protests, the editors do not believe Koogy’s advantage is unfair or his tactics are unethical, and Mashiro decides to defeat him by making a better manga. Fukuda then proposes that the authors check each other’s names, and they are surprised by each other’s level of skill. Midway through the session, Aoki refuses to continue to participate, saying that her manga is better than the others, and the session ends with Nizuma says two of the manga are significantly better than the third, but declining to specify. Mashiro then ponders rewriting the name in the face of his competiton, and after getting an email from Miho discussing her doing singing again and her becoming more confident, decides to do so.