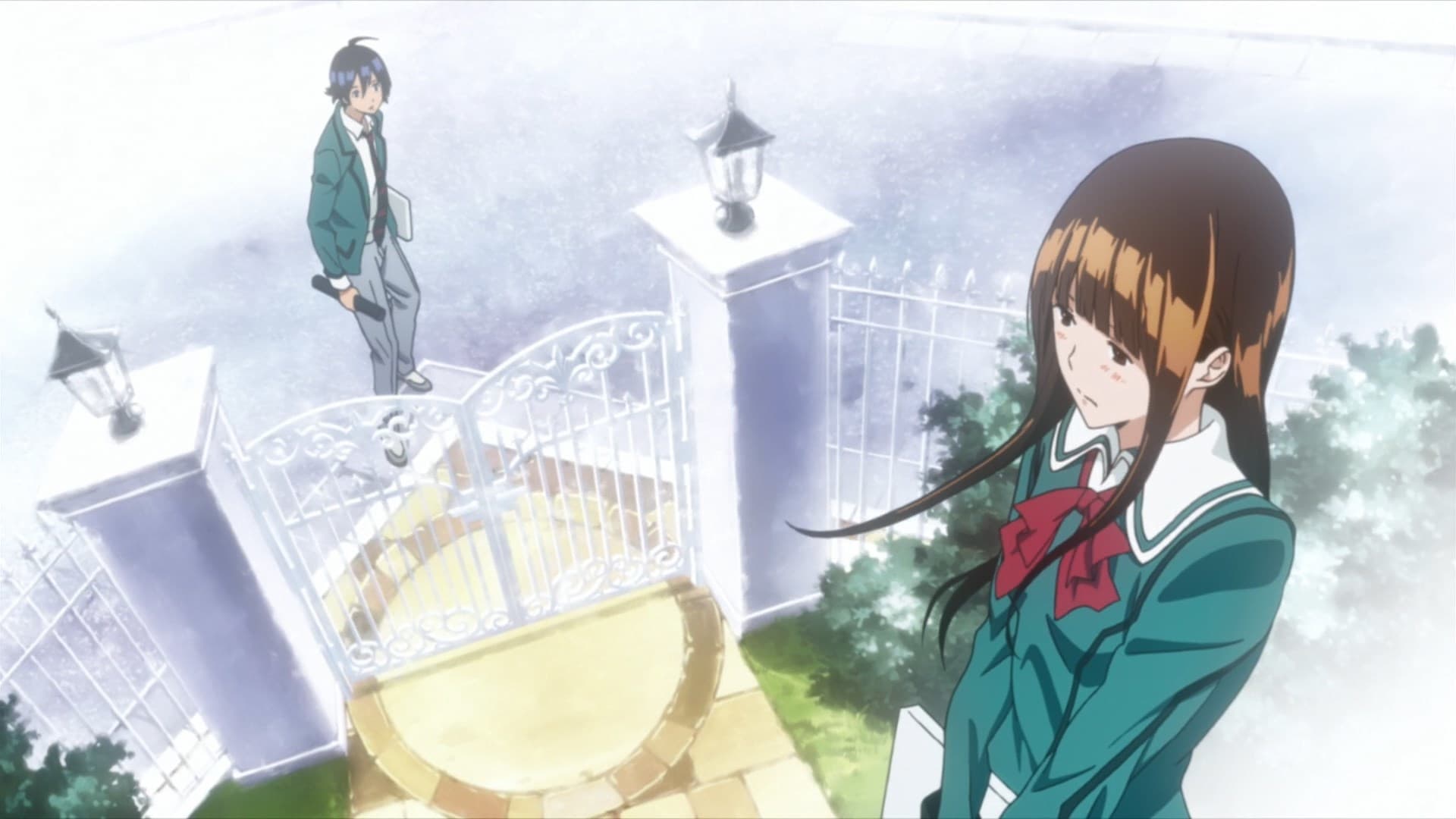 Bakuman Sub Indo – Koogy’s manga does poorly in the Golden Future Cup, leaving Mashiro and Takagi, Fukuda, and Nakai and Aoki as the top contenders. An unprecedented two-way tie happens, with Fukuda and Ashirogi Muto both getting first place. Azuki calls Takagi to thank him for supporting Mashiro and encouraging him to pursue becoming a manga artist, but is too embarrassed to congratulate Mashiro directly herself. Having won the Golden Future Cup, Mashiro and Takagi prepare to submit their story for serialization.