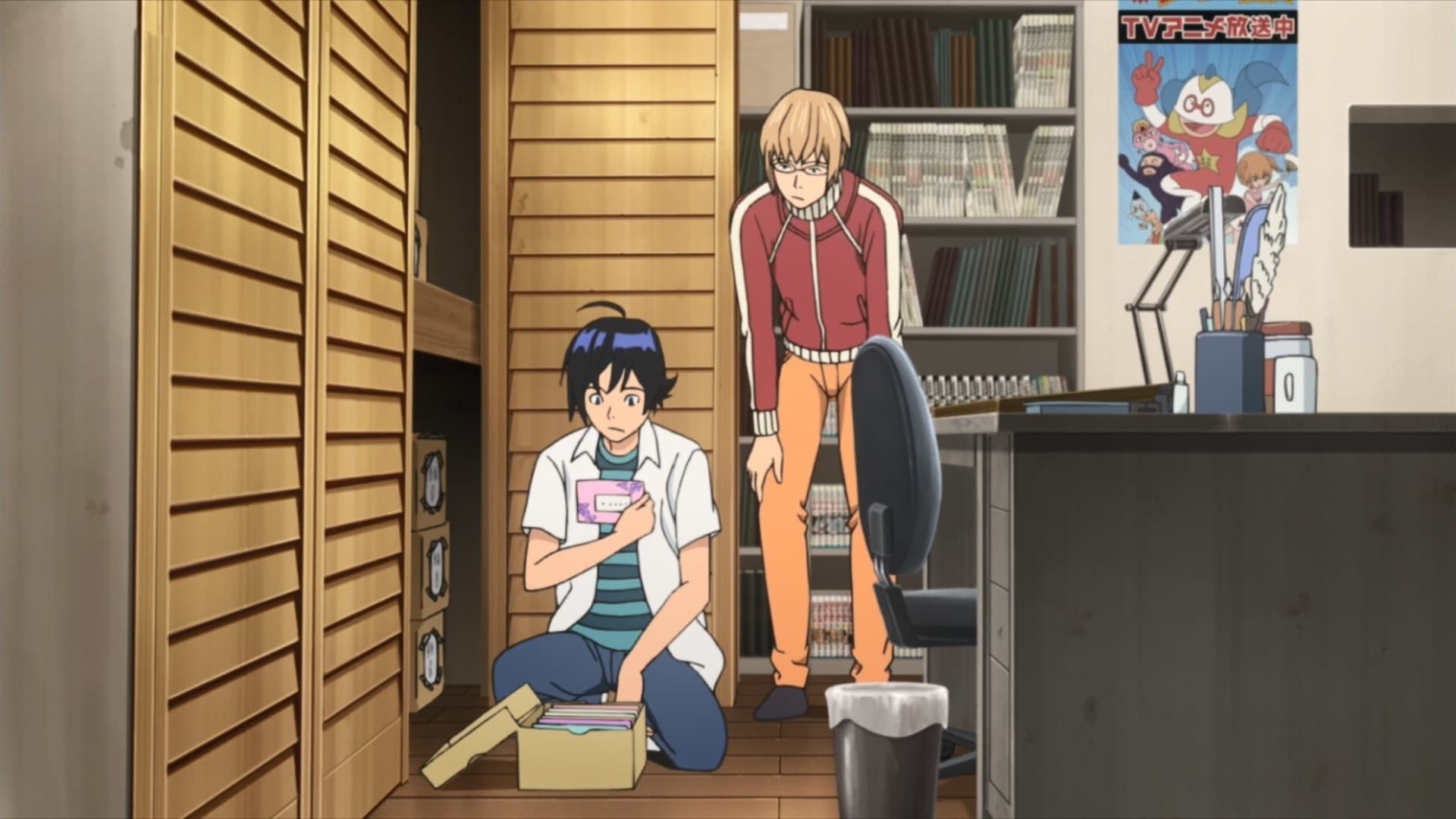 Bakuman Sub Indo – Mashiro and Takagi arrive at Mashiro’s uncle’s apartment, where they look around and Mashiro shows Takagi the manuscripts and storyboards, that the author of a manga series produces before drawing it. Mashiro realizes that his uncle was working extremely hard until his death and vows to approach it with the same resolve. Mashiro and Takagi find letters between his uncle and his friend from childhood, which stop before his hit manga was serialized, and looking at a yearbook photo of her, realize that he had been in love with Azuki’s mother. They go to visit Azuki’s mother the next day, and learn that she was also in love with him, but never could admit it and fell in love with someone else. Mashiro asks Azuki’s mother not to tell her about the relationship between her and his uncle, and he then sets out to make a manga.