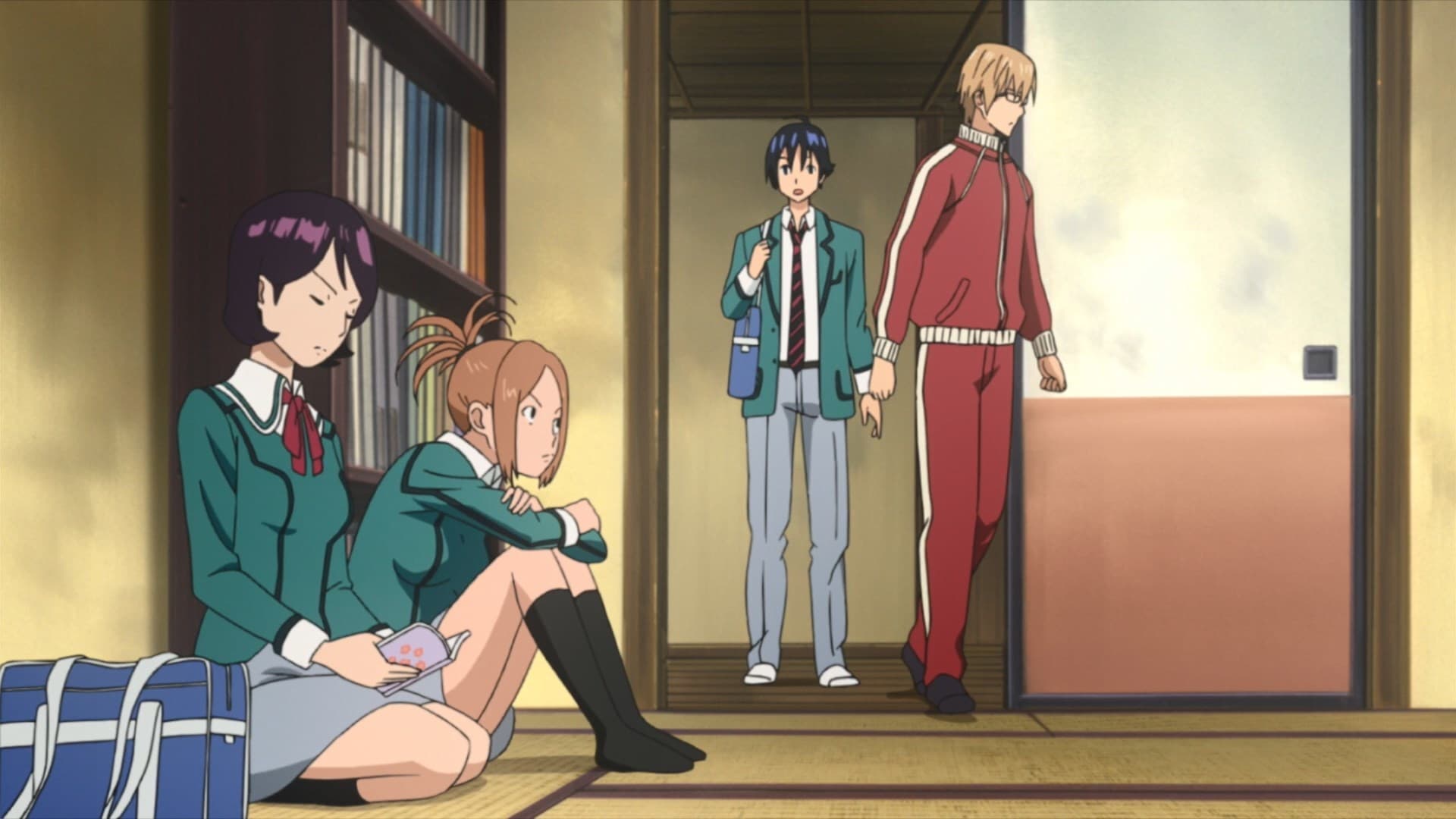 Bakuman Sub Indo – Takagi is suspended for a week after punching Ishizawa, causing Mashiro to worry about him. He goes over to visit Takagi and learns that the story ideas he submitted to him were only a few of the ones he came up with. Mashiro then learns that Miyoshi and Aiko Iwase, the second best student in his grade, both have feelings for Takagi. Takagi tells them that he likes them both, but cannot be in a relationship with either due to his manga career. Iwase tells him to quit writing manga and leaves, while Miyoshi promises to support him. Miyoshi gets angry after Takagi admits that he only spoke to her to get information about Azuki for Mashiro, and Mashiro leaves with his determination restored.