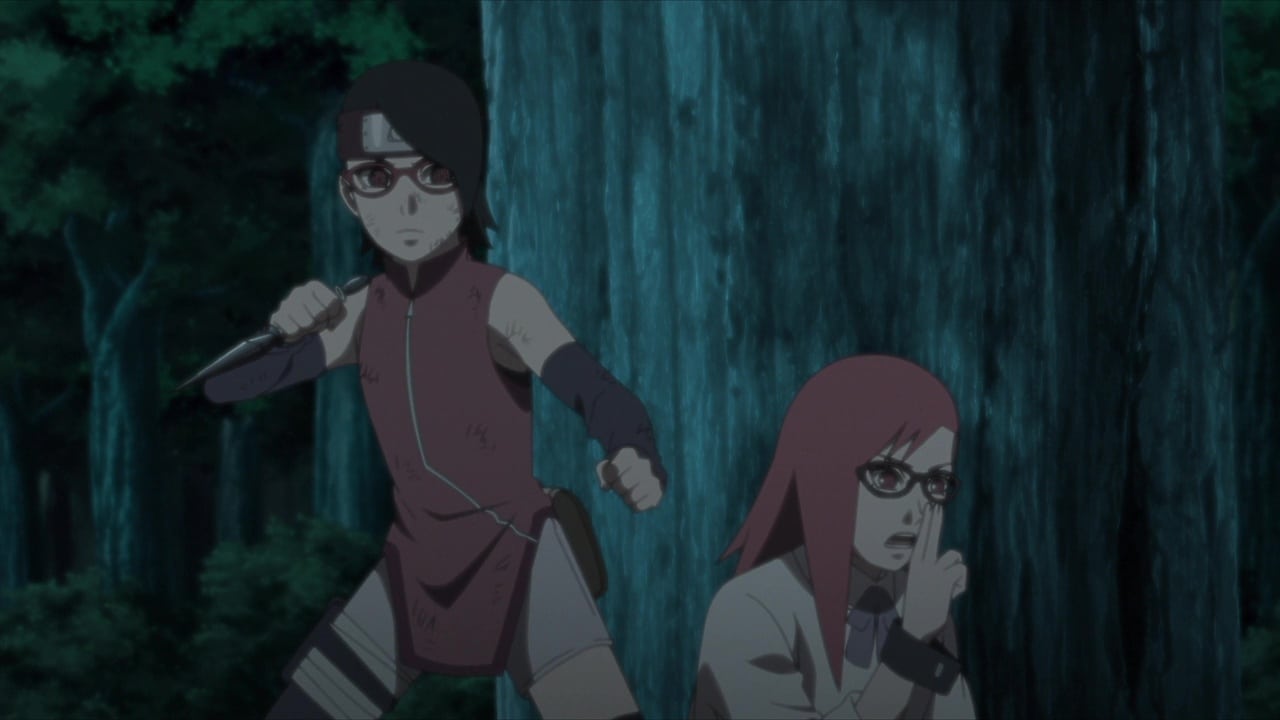 Boruto: Naruto Next Generations Sub Indo – Boruto and his comrades are trying to interfere with the plans to use the cursed seal’s power. Even though Boruto and Suigetsu are headed over to Jugo’s location, they get ensnared by a trap and get put in a tough position! On the other hand, Sarada and Karin employ diversionary tactics to battle their enemy. In addition, Wasabi and Namida have gotten separated from Boruto and his comrades. They get rescued by Sumire, but an enemy that she had fought against just a few days ago has reappeared in front of her! In order to protect the two of them, Sumire battles alongside Nue.