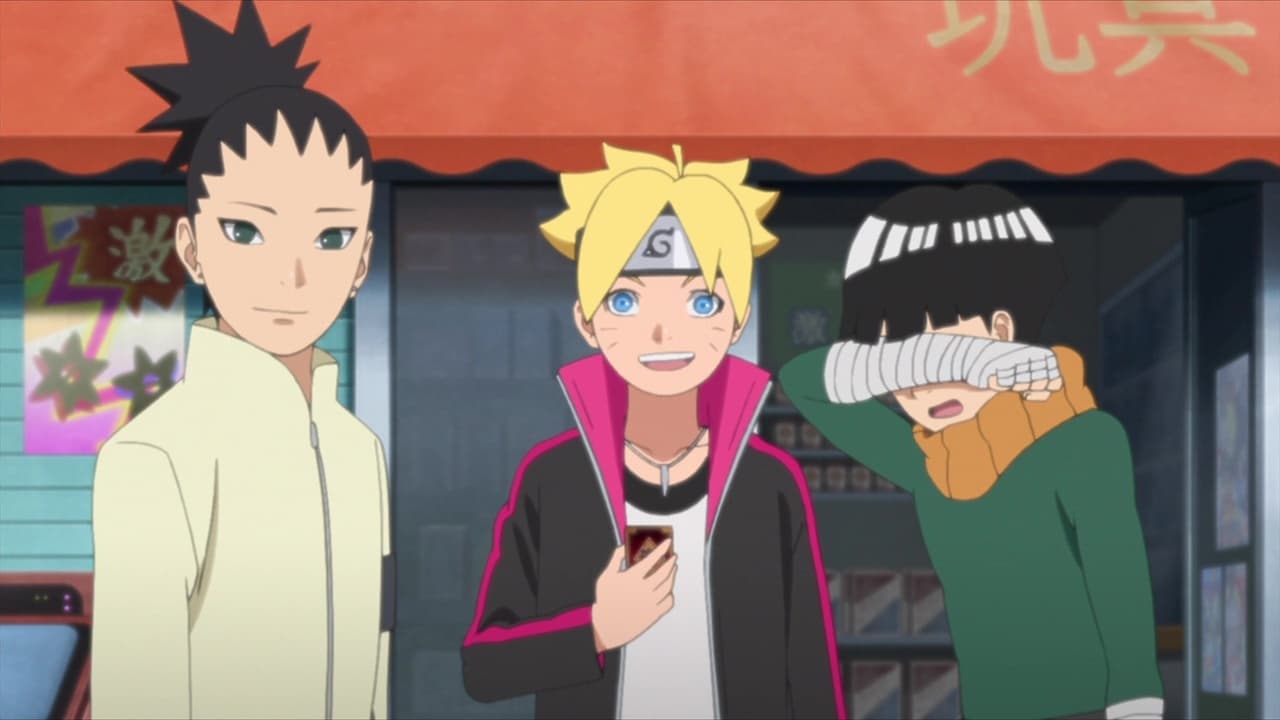 Boruto: Naruto Next Generations Sub Indo – Extreme Ninja Cards, featuring famous shinobi from history, is the most popular game in recent times. As Boruto and his friends eagerly collect the cards, they realize they are still missing their former teacher, Shino Aburame, and Metal’s father, Rock Lee! They also learn that there’s only one space left in the upcoming series! A fierce battle begins between Boruto, who thinks it should be Shino, and Metal, who stands behind his father. Which candidate will make the final slot?