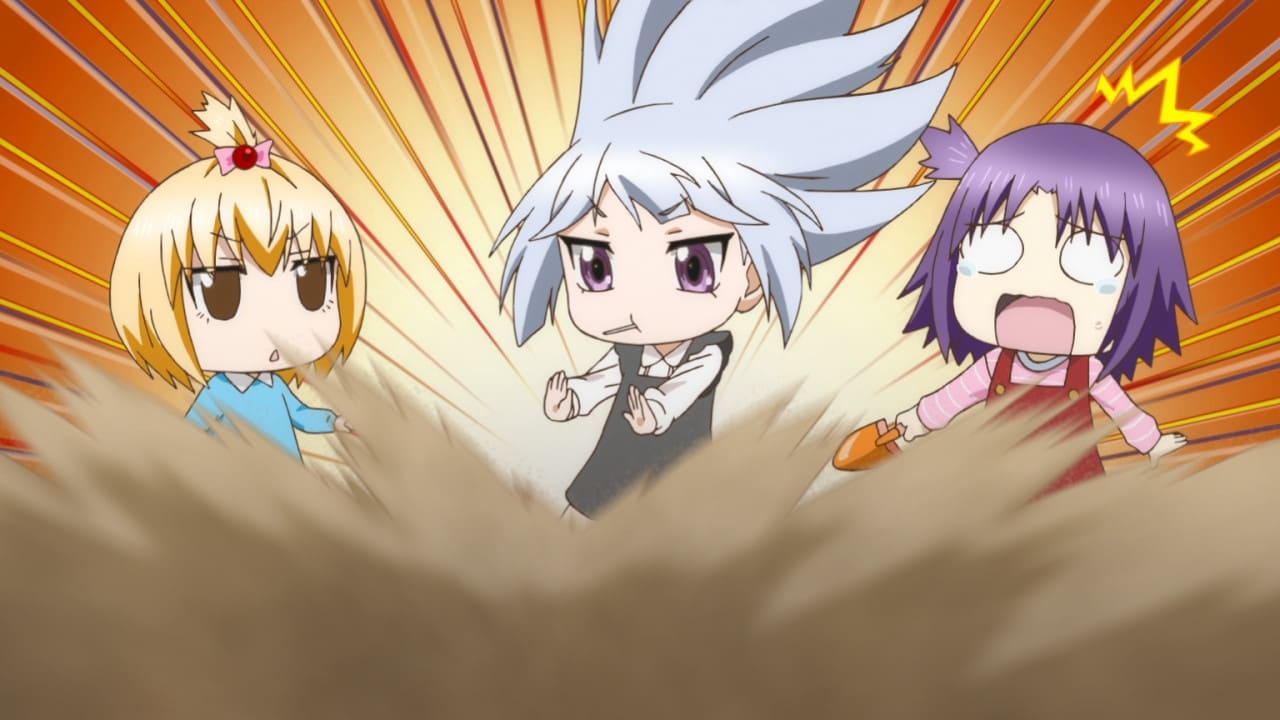 At This Rate, You`ll Have Zero Friends for All Eternity!

D-Frag! Sub Indo – Some of the teachers decide to bet over whether the Game Creation Club or the former student council will win their battle. Chitose has a flashback to when she was a kindergartner playing in a sandbox. Every time she tried to build a sandcastle, Tama would come over and smash it, until Roka appeared and helped Chitose bury Tama in sand. Since that day, Chitose swore to one day build a legendary sand castle, and Tama swore to break everything that Chitose loved for her humiliation. In the present, Tama’s sumo slap attacks and “double kabuki” technique are keeping both Kenji and Chitose from getting to her cell phone. However, Kenji comes up with a plan that lets him slip past her guard and pull off Tama’s hair ribbons, letting Roka subsequently place a bag over her head. The Game Creation Club is declared the winner. Later, Tama plays a round of “Quest for Porn Mags in Space” to get closer to Kenji, while swearing to his club members that her original goals haven’t changed.