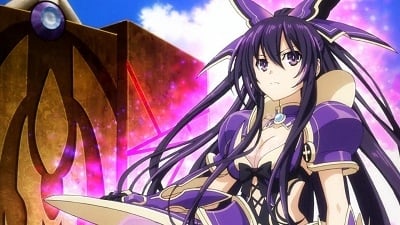 Date a Live Sub Indo – Thirty years ago, a spacequake devastated the center of Eurasia. In the present, the ditzy Kotori Itsuka and her brother Shido live in Japan. For the opening ceremony, Kotori and Shido make a promise to meet at a diner later that day. As school ends for Shido, a spacequake alarm sounds throughout the city for the citizens to enter shelter areas immediately. After being unable to contact his sister, Shido uses her GPS to confirm that she is still within the city according to their promise. He leaves the shelter to find her and in doing so, is outside when the spacequake occurs thus meeting his first Spirit. After a battle between the Spirit and the AST, where Shido learns that Origami is a part of the AST, Shido finds himself among the group Ratatoskr on the airship Fraxinus learning about the Spirits, his sister and the organization she is a part of,