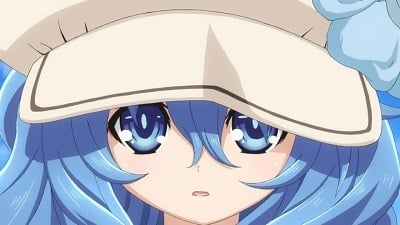 Date a Live Sub Indo – Tohka is avoiding Shido due to her feelings about what happened between him and Yoshino. She talks with Reine and receives advice and clarity about what occurred. During this time, Shido helps Yoshino look for her puppet, Yoshinon. Yoshino gets hungry while searching so the two go to Shido’s house to eat. It’s revealed that Yoshinon is Yoshino’s friend because he is strong, cool, bold, and is essentially a hero that is everything Yoshino wants to be. As Shido is getting close to Yoshino, Tohka barges is spouting an apology but misinterprets the situation. Yoshino teleports away, Tohka barges out again, but Shido learns that Yoshinon is at Origami’s place. Origami forcibly makes progress between them when Shido comes over but as the conversation turns to Spirits, she gets notice of a mission. Yoshino is being targeted by the AST but Shido plans to save her with Tohka’s help. As Tohka acts as a decoy, Shido makes it through Yoshino’s barrier with Yoshinon to fulfill his promise. With her trust in him established, Shido seals Yoshino’s powers. In the last few scenes, it is revealed that the housing for the Spirits has been completed so that Tohka and Yoshino may move in.