Oops! It appears that you have disabled your Javascript. In order for you to see this page as it is meant to appear, we ask that you please re-enable your Javascript!
Anime Updates
Majutsushi Orphen Hagure Tabi: S1 – Ep. 3Black Clover: S1 – Ep. 118Phantasy Star Online 2: Episode Oracle: S1 – Ep. 15Rifle is Beautiful: S1 – Ep. 12 [END]Kyokou Suiri: S1 – Ep. 2 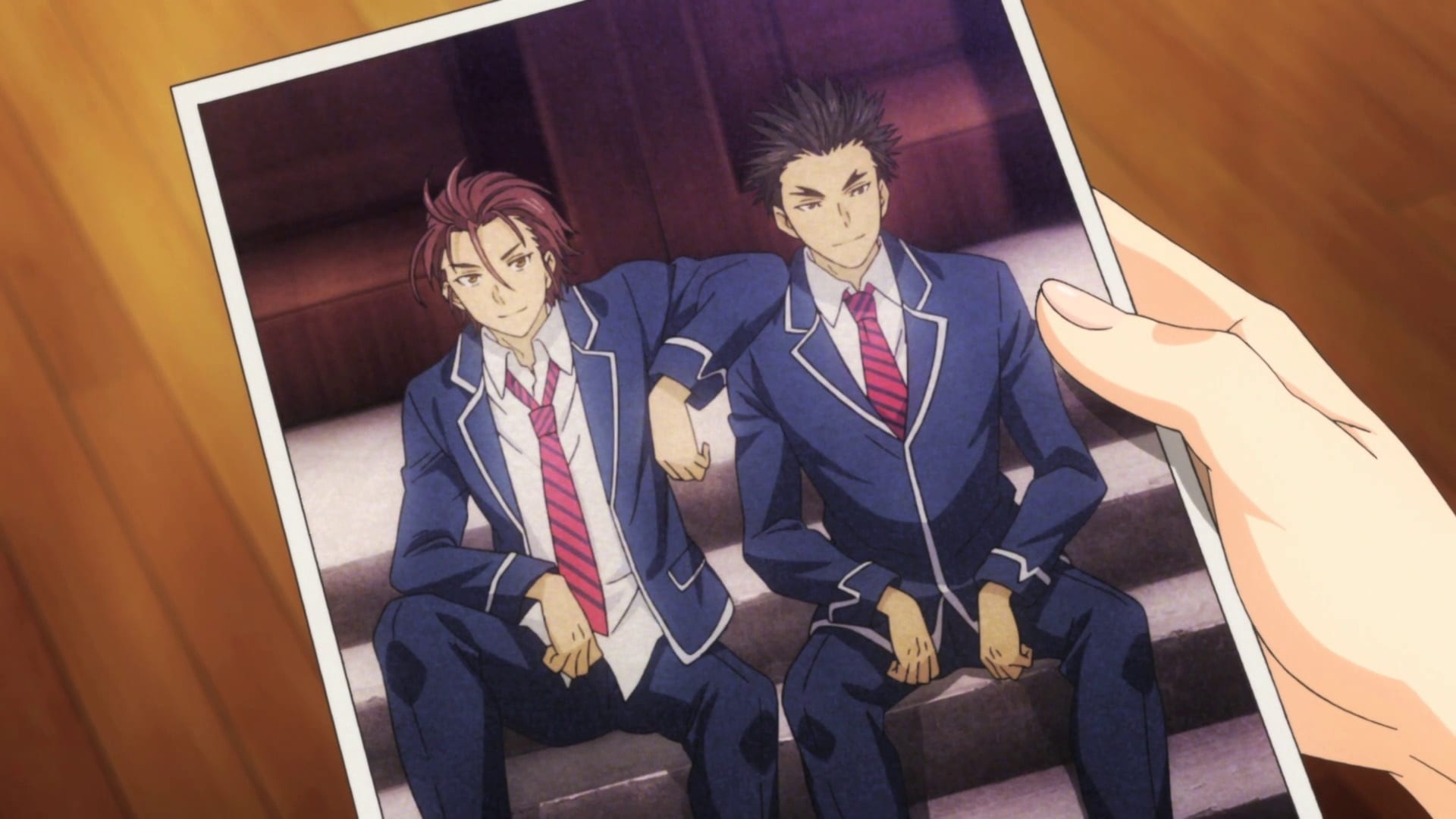 The Man Called the Demon

Food Wars!: Shokugeki no Soma Sub Indo – As the students make their way home, Shinomiya decides to return to France make his restaurant the best in Paris, while the other alumni explain how the training camp also serves as a recruitment ground to determine potential for future employment. Going back for his headband, Soma ends up missing his bus and has to hitch a ride back to school with Erina, who explains about the Autumn Festival while hiding the fact that she, along with Dojima, are shown to have fond memories of Joichiro. Returning to the Polar Star Dormitory, Soma is surprised to see Joichiro, who is revealed to be an alumnus and former member of the Elite Ten who went by the name Joujirou Saiba. As Joichiro treats the returning residents to a meal, Fumio explains that Joichiro and Dojima were once fellow Polar Star residents who were responsible for many of the luxuries the dorm has. Later that night, Joichiro tells Soma about his campus memories, filling him with more determination. The next morning, Joichiro decides to have a cooking contest against Soma.