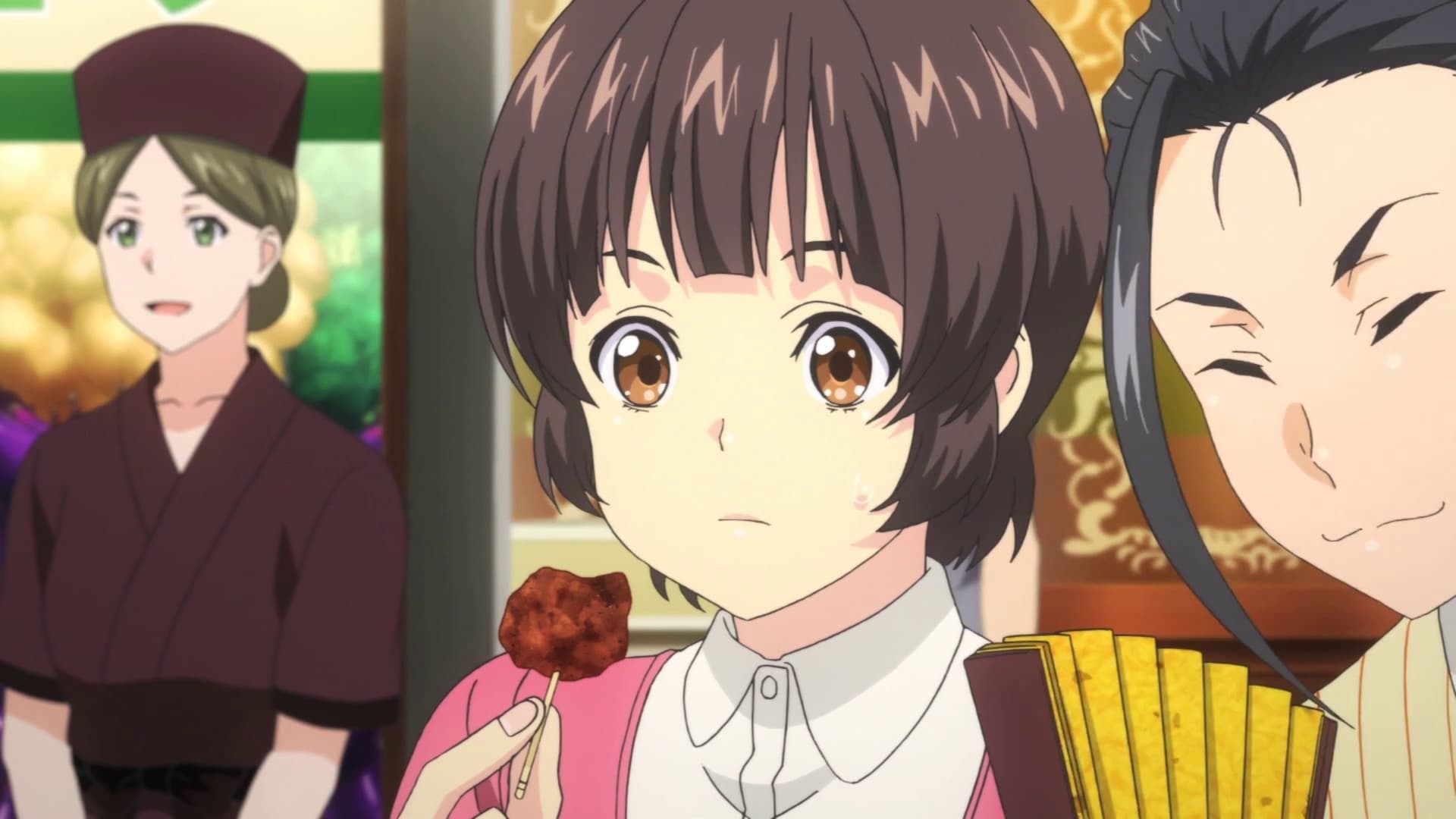 Food Wars!: Shokugeki no Soma Sub Indo – Arriving back home, Soma temporarily re-opens Yukihira Diner to serve his loyal customers, including his childhood friend, Mayu Kurase, who has a crush on him. He learns that the Sumire Shopping District has been doing poor business lately due to the arrival of a popular karaage chain shop, Mozuya. Wanting to help revive the shopping district, Soma decides to come up with a competing karaage recipe, calling in Ikumi as his meat expert while Mayu winds up as his taste tester. The three do some recon at Mozuya, where they find its CEO Kinu Nakamozu to be a spiteful woman, before beginning work on a recipe to compete with theirs. As Soma takes up Mayu’s suggestion to use their shopping district location to their advantage, it is revealed that the figure behind Mozuya’s success is one of the Elite Ten.