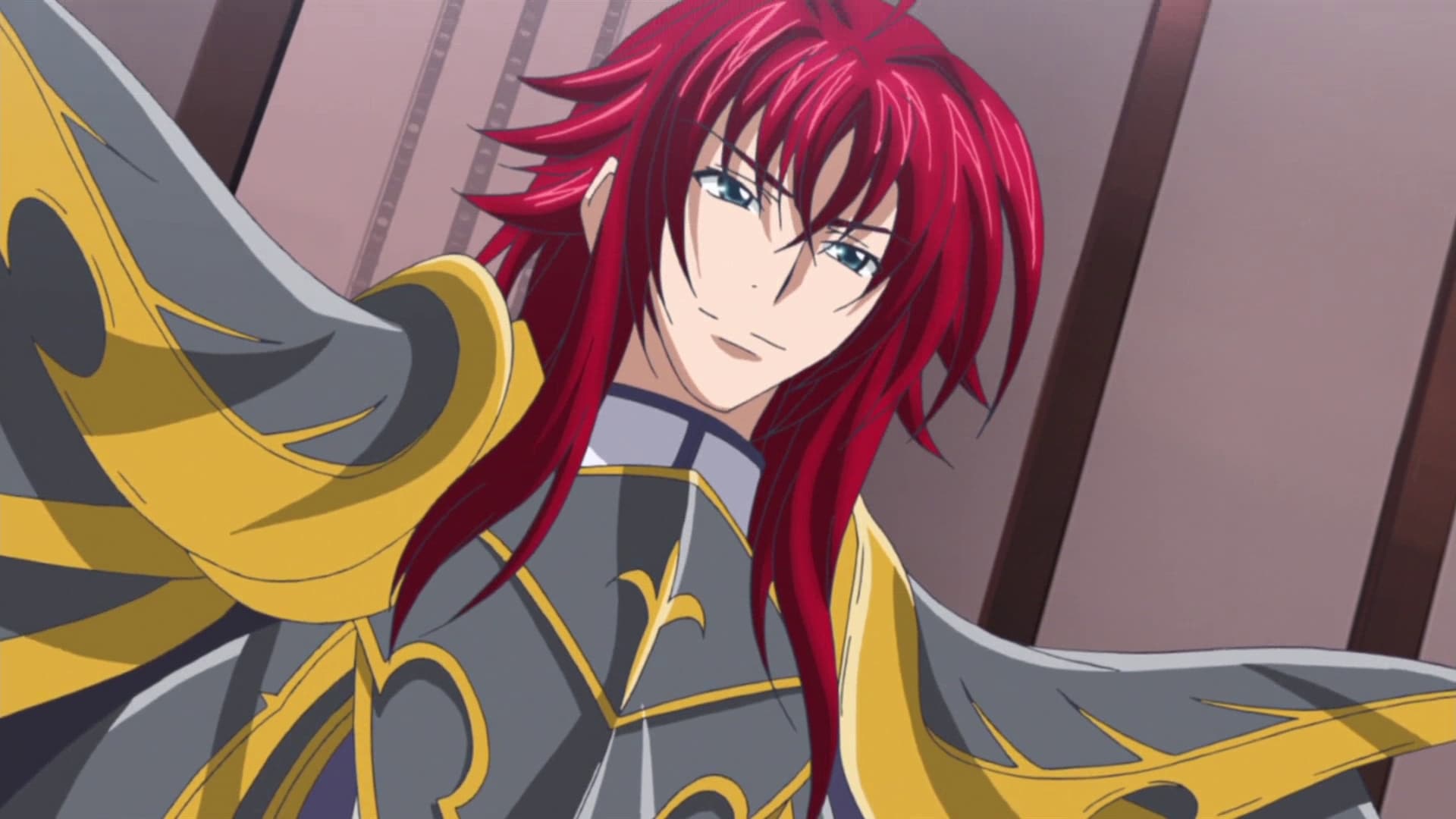 I Came to Carry Out My Promise!

High School DxD Sub Indo – Issei wakes up to find himself passed out in his own bed after the rating game. Soon after, Grayfiel (Sirzech’s Queen) gives Issei a magic circle that will allow him to attend the Gremory-Phoenix engagement party, knowing that he’s just going to go there to crash it. Upon arriving, Issei begins to crash the party, when Sirzech comes in and offers to host a 1 on 1 battle between Raiser and Issei. It is shown that Issei traded his left arm to the dragon that resides within him, for extreme power that will only last 10 seconds. After ten seconds are up, Issei continues his attack on the slightly weakened Raiser by using Holy objects that he acquired from Asia. After winning the battle, it is revealed that Sirzech would have, if necessary, allowed a griffin to aid Issei in his battle against Raiser. The episode ends with Rias kissing Issei while flying on a griffin, and then showing cuts to a moment where Rias tells Issei’s parents that she want’s to move in with him.