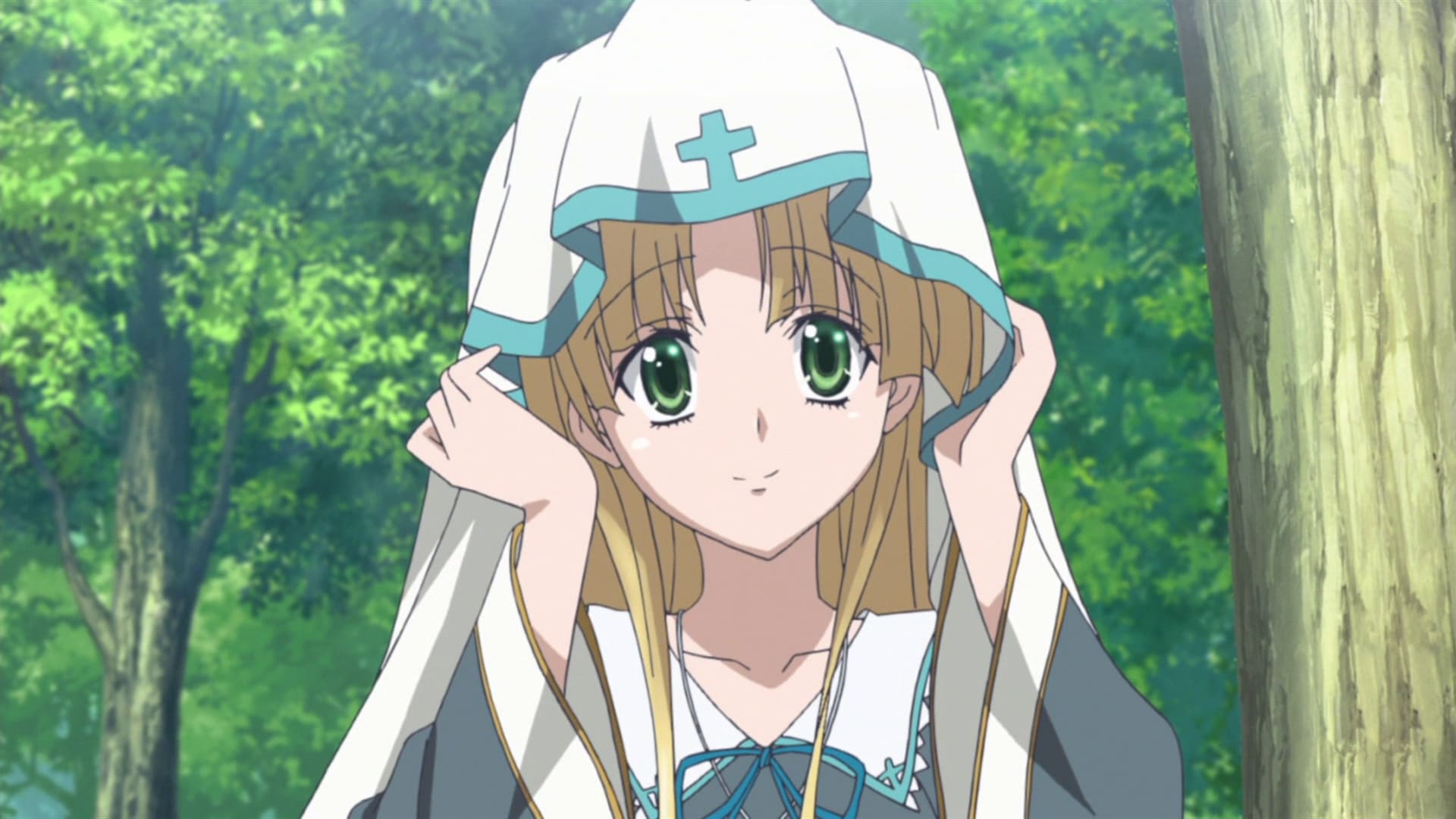 I Made A New Friend!

High School DxD Sub Indo – Issei helps the nun Asia to her feet and after she admits she is lost Issei agrees to escort her back to the church. On the way after encountering a boy crying due to a bloody knee Asia displays a healing ability. Issei gets a panicked feeling when witnessing the ability and even worse when they finally get to the church (Issei declines to go inside the church or take her any further due to a bad feeling); Later on after questioning Rias about the strange feelings he had about the girl and the church she tells Rias that the church is the enemies base and that being friends with Asia is the same as fraternizing with the enemy and to have nothing to do with her either for his own sake. Later on Rias and the group take Issei with them to kill a rogue demon (a demon who has killed its own master); Rias uses the battle to explain each persons chess rank and ability to Issei.