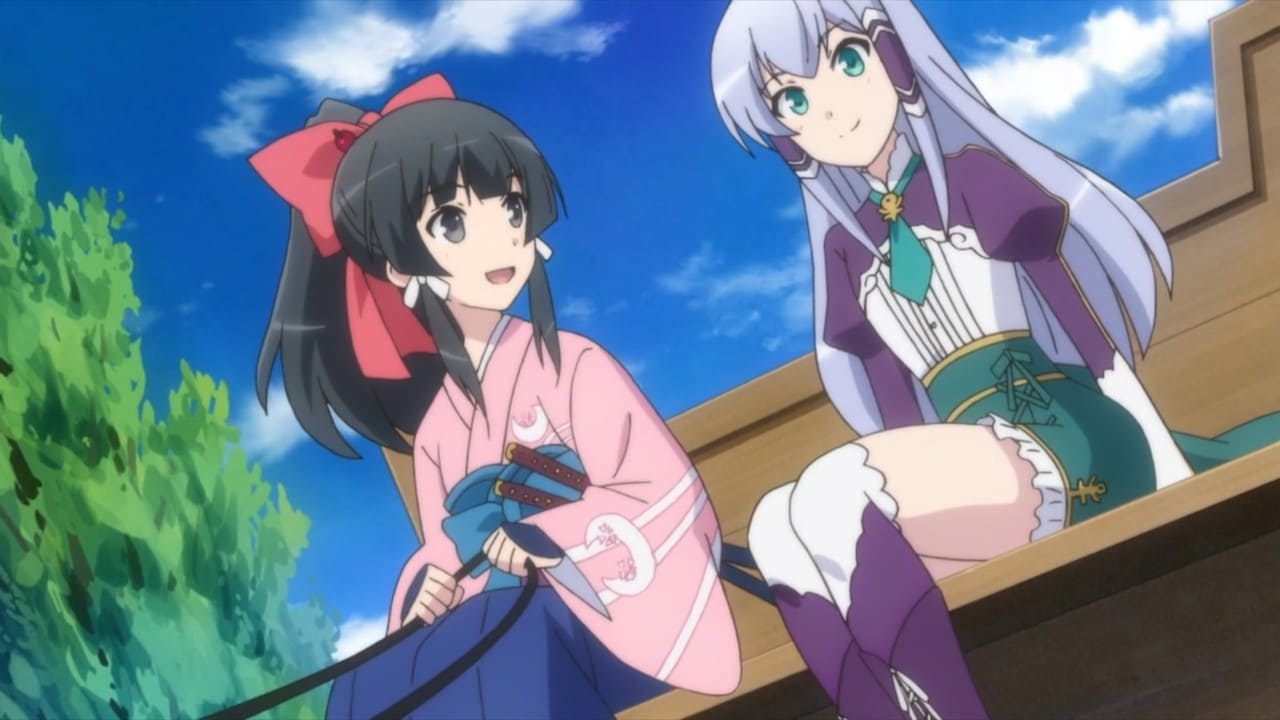 Isekai wa Smartphone to Tomo ni Sub Indo – While on a quest delivering a letter to the royal capital, Touya, Elze and Linze help a samurai named Yae Kokonoe fight off several thugs and invite her to join them. Touya continues to learn as many spells as he can, including rare Null Magic which has a variety of uses. They encounter a group of Lizard men summoned by a dark magician to attack a royal carriage. After defeating the magician Touya uses Null magic to save the life of Leim, the butler of Lady Sushie Urnea Ortlinde, one of the King’s relatives. Sushie introduces Touya and his friends to her father, Duke Ortlinde. While thanking Touya for rescuing Sushie, Touya learns that Sushie’s mother, the Duchess, was rendered blind by an illness and the only healing spell powerful enough to cure blindness comes from Null magic. Touya casts a Null healing spell on the Duchess, restoring her sight. Out of gratitude the Duke gives Touya 40 Platinum coins (worth around 40 million yen) and 4 royal medals, showing that Touya, Elze, Linze and Yae are under the protection of the Duke. After finally delivering the letter Yae joins the party.