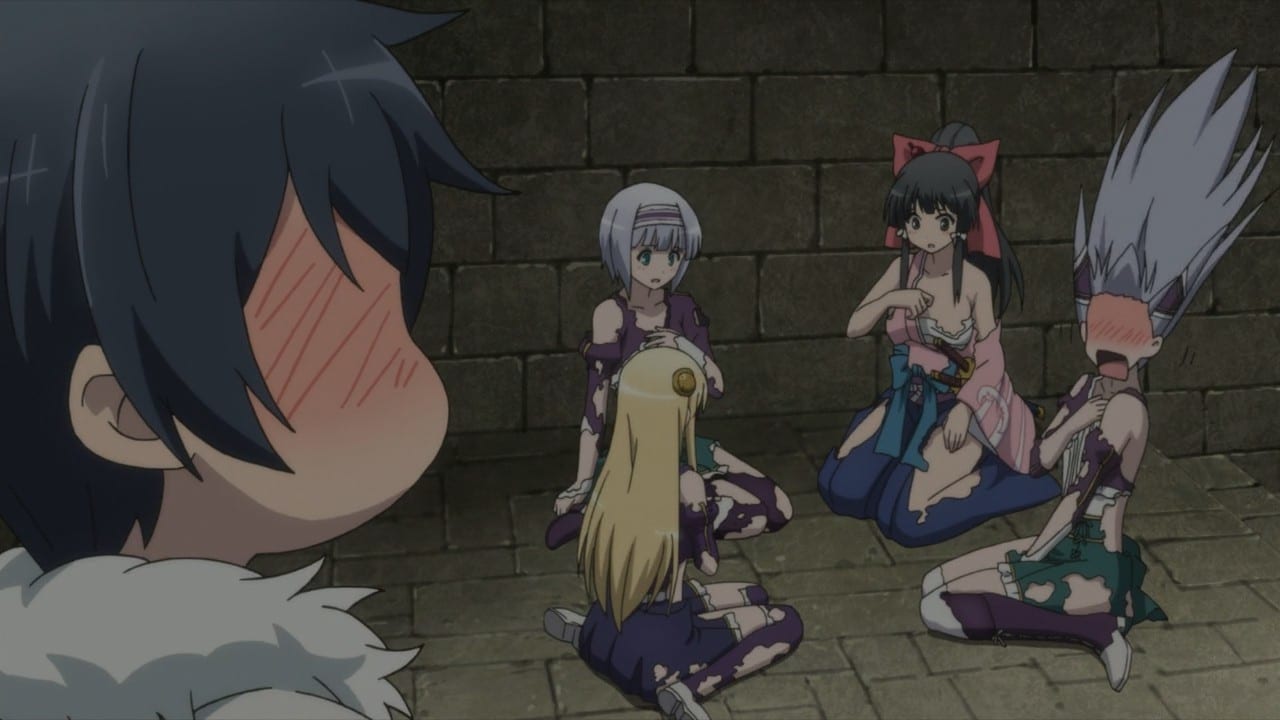 Isekai wa Smartphone to Tomo ni Sub Indo – Touya is hired to investigate a magician researching Slime Beasts, something the girls are reluctant to do since some Slimes dissolve clothing. They encounter numerous slimes and discover the magician had created a slime capable of transforming into a harem of beautiful girls before dying of old age. The girls, already angry at having their clothes dissolved, burn his castle to the ground along with all his research. Later Touya helps Yae return a lost girl to her mother by combining his Null search spell with the maps on his smartphone. Yae asks him to search for her brother and is happy to learn he is safe at her family’s dojo. She becomes embarrassed when she realizes Touya resembles her brother. While experimenting with his smartphone and Null magic, Touya helps Linze perform a new water bomb spell. While shopping with Elze, Touya sees her admiring a dress and buys it for her, so the other girls all insist he buy them something as well. Yumina receives a letter from the royal capital informing her that Touya is to be made a Knight as thanks for finding the culprit behind the king’s poisoning.