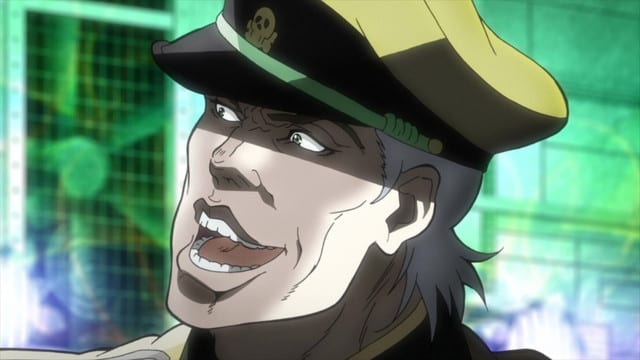 JoJo's Bizarre Adventure Sub Indo – Joseph is confronted by one of Stroheim’s men, Donovan, but manages to subdue him, learning that Speedwagon is still alive. Meanwhile, Stroheim manages to awaken the pillar man, naming him Santana. To test him, Stroheim sends a vampire after Santana, which he absorbs into his body to feed itself. To Shorheim’s shock, Santana manages to escape his cell by twisting his body through the air vents and confronts him, quickly learning and killing Stroheim’s men. Just then, Joseph, who had managed to sneak into the base, reveals himself and stands against Santana using his Ripple powers.