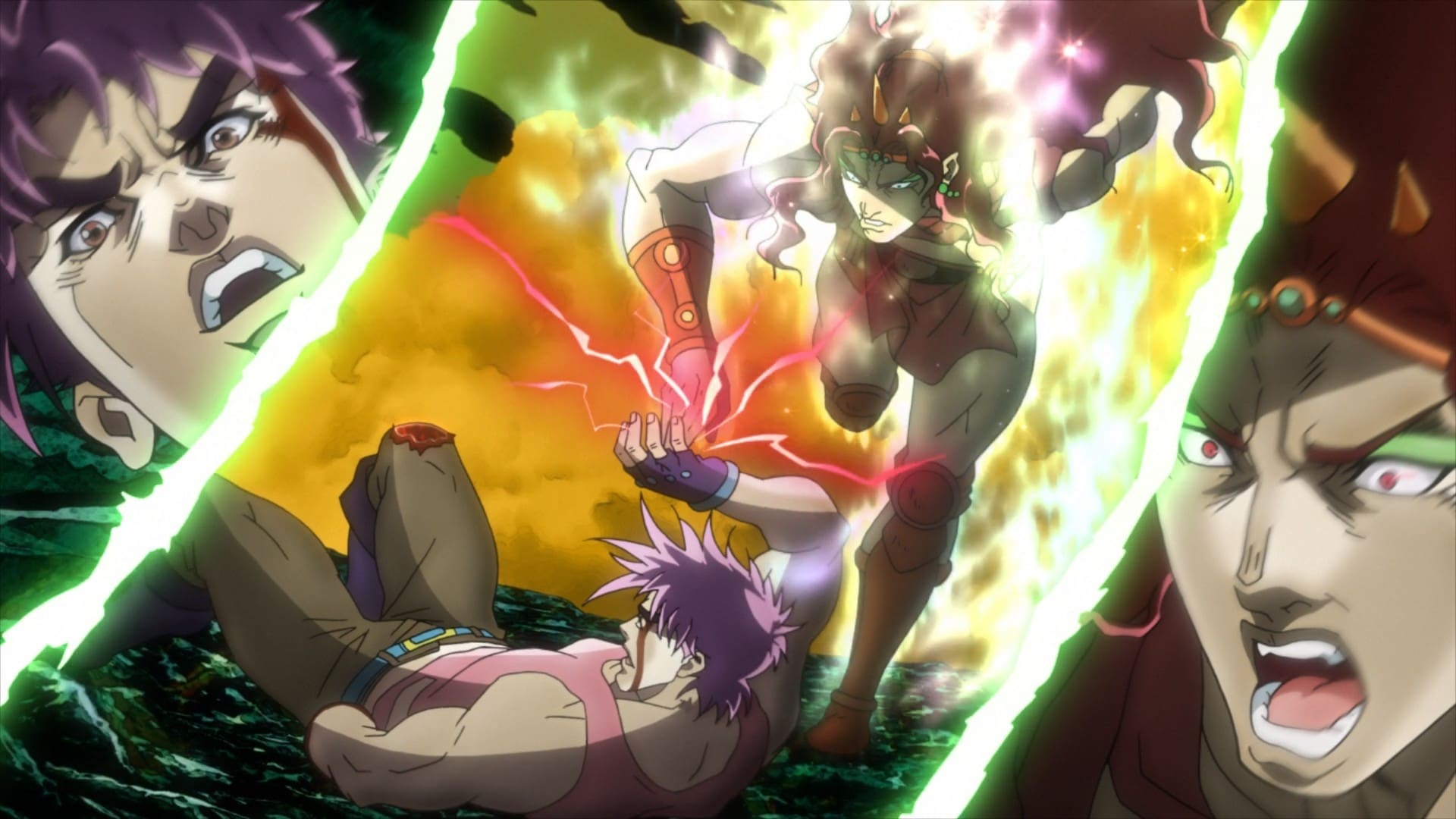 The Man Who Became a God

JoJo's Bizarre Adventure Sub Indo – JoJo’s victory, along with his arm, is cut short when Kars manages to survive the volcano by forming a shield of air bubbles to protect him from its deadly lava. It is explained how Kars (and the other Pillar Men) was a member of a fourth race of humanity who lived underground, which he exterminated when his desire for power led to the creation of the Stone Mask. JoJo attempts to fight back, but becomes shocked to discover that Kars has also learned how to use the Ripple, and at a potency one hundred times more powerful than JoJo’s, causing the boy’s leg to start melting away. As Kars prepares to kill JoJo using his Ripple, JoJo subconsciously holds up the Red Stone of Aja just as Kars is about to strike, causing the island to erupt, launching both JoJo and Kars into the sky. Distracted by JoJo’s severed arm hitting him, Kars is launched further into the sky by volcanic debris, pushing him outside of the Earth’s gravitational pull. On the chunk of Earth that had dealt the final blow, JoJo finally rests. Stroheim, watching on in horror, realizes the inevitable. Eight hours later, he informs Speedwagon of he events. And on February 28, 1939, Joseph Joestar is pronounced dead…or is he?