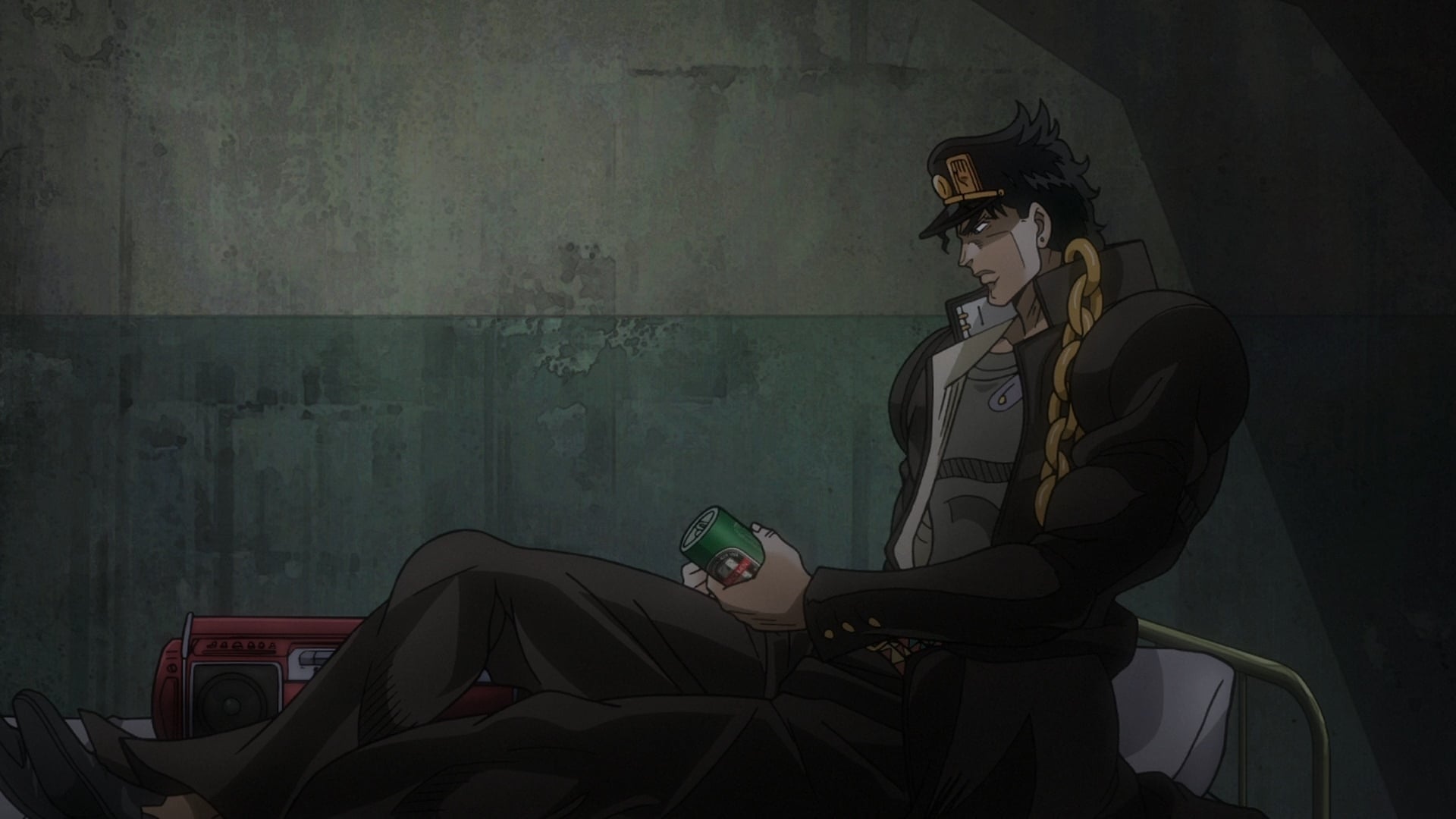 A Man Possessed by an Evil Spirit

JoJo Sub Indo – Four years later in 1987, in Japan, a boy named Jotaro Kujo has willingly turned himself into jail, refusing to leave as he believes he is possessed by an evil spirit. He proves this by mysteriously taking a police officer’s gun and firing a bullet at his own head, only for it to be stopped in midair by a spectral hand. Noticing the hand herself when others cannot, Jotaro’s mother, Holly, calls her father and Jotaro’s grandfather, Joseph Joestar, who travels to Japan alongside an acquaintance from Egypt, Mohammed Avdol. After Jotaro refuses his grandfather’s demands to leave the cell, Joseph leaves the task to Avdol, who summons an “evil spirit” of his own, an anthropomorphic bird engulfed in flames, which he refers to as Magician’s Red. As Magician’s Red uses force against Jotaro, whose own spirit tries to protect him, Joseph explains these “spirits” are actually manifestations of the user’s own life force, which have come to be known as “Stands”. Jotaro is eventually pushed into fighting back with his Stand, breaking apart the prison bars, at which point Avdol withdraws from the fight, having achieved his goal of getting Jotaro out of his cell. Later, Joseph reveals to Jotaro and Holly that the Speedwagon Foundation has been investigating the disappearance of a shipwreck salvage crew and the discovery of an empty coffin. It was in this coffin that a man of pure evil known as Dio has been in slumber, until he was brought back to the surface. Joseph then uses a Stand of his own, resembling purple brambles, to smash an expensive instant camera, from which a photograph appears. After explaining how people from the Joestar bloodline have star-shaped birthmarks on the back of their necks, Joseph reveals the photograph to be a picture of Dio possessing the same birthmark, showing that he had stolen the body of his grandfather, Jonathan Joestar, as his own. He goes on to state that Dio’s revival has caused the emergence of Stands in both himself and Jotaro, though Holly claims nothing has happened to her, whilst Avdol states he has had his Stand since birth. As the group decides to rest before tracking down Dio, Jotaro tries to take all this information in, as well as knowing Joseph and Avdol will be living with them for some time. Meanwhile, somewhere in the world, Dio senses that he is being watched by the Joestars and resolves to kill them.