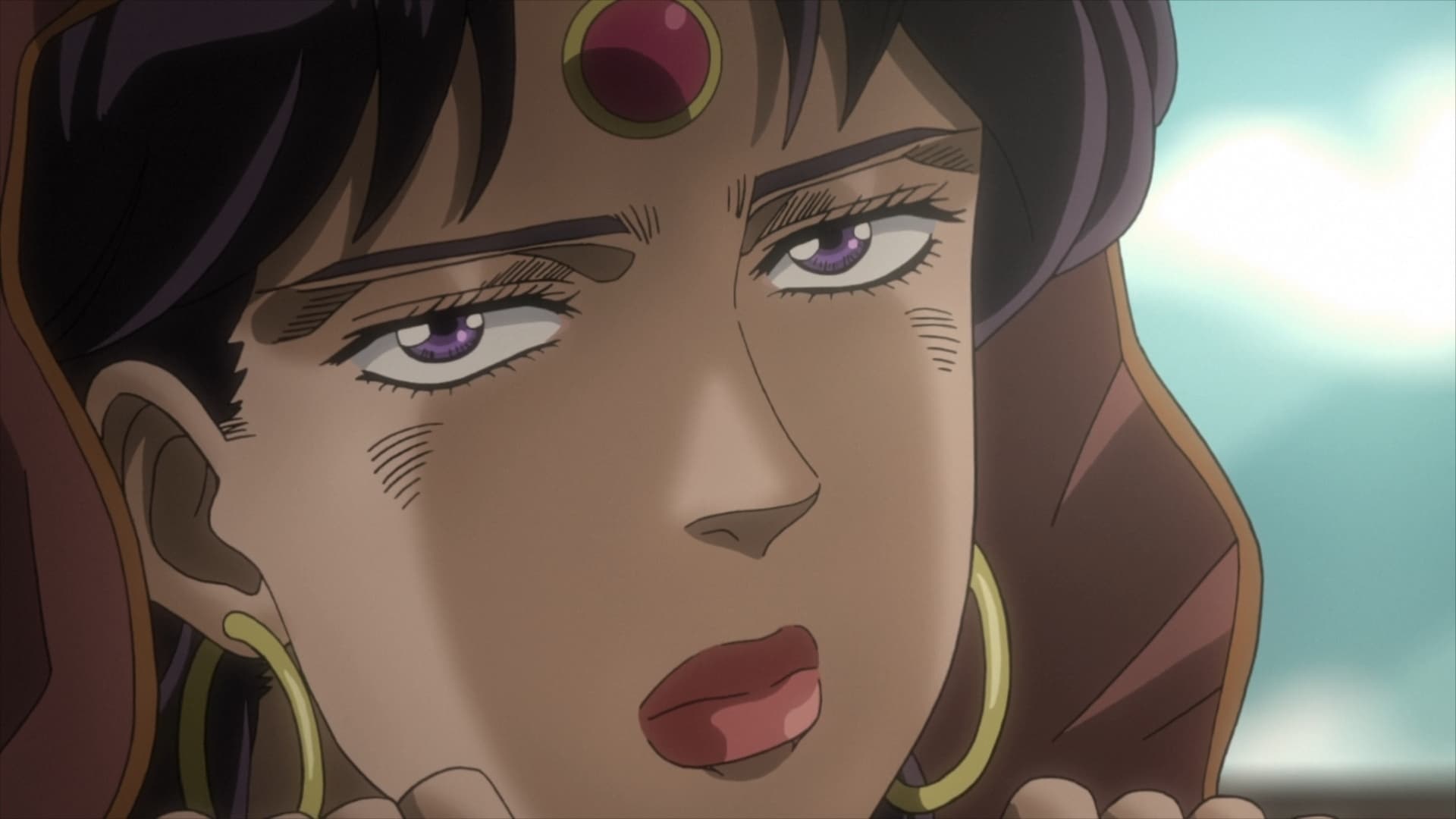 JoJo's Bizarre Adventure Sub Indo – Sensing J. Geil’s death through the connection in her bloodline, Enya prepares to take revenge on his assailants with her minion who uses the Empress Stand. Elsewhere, Jotaro’s group travel by bus towards Varanasi, joined by the woman from before, who introduces herself as Nena. Upon arriving in the city, Joseph, growing concerned about what he assumed to be a bug bite on his arm, goes to the local hospital to get it treated, as Nena sticks out her tongue which has a strange wart on it and remains with Polnareff. When the doctor attempts to cut the growth off, he is killed by the “bug bite”, which has grown its own face and reveals itself to be the Empress. As Joseph tries to fight off the Stand attached to his arm, he is put into a further pinch when the Empress implicates Joseph for the murder of the doctor, putting the police on alert. Joseph attempts to hide from the police, but the Empress grows arms and manages to keep Joseph in one place, alerting the police towards his location. With the Stand unaffected by his Hamon techniques, since it is a part of his own body, Joseph instead uses Hermit Purple to squeeze and ensnare Empress, allowing him to break free. As Joseph searches for user of the Empress while trying to avoid attacks from the Stand as it grows larger and stronger, he comes across a barrel containing a black substance and sticks his arm inside. Though the Empress is initially undeterred in its attacks on Joseph, stating that it cannot be suffocated as it is not a living organism, the substance suddenly solidifies around it, stopping its movements. Joseph reveals that the barrel contained coal tar that he had sought out with a map created by Hermit Purple and some ashes. Joseph then proceeds to use Hermit Purple to rip the immobilized Empress to shreds, while elsewhere Nena is also torn to shreds, revealing her as the Stand’s user and her true form as an obese woman who was using the skin of the younger woman as a disguise. After regrouping with Jotaro and Kakyoin, the group decides to travel by car to Pakistan, unaware that they are being followed by another car.