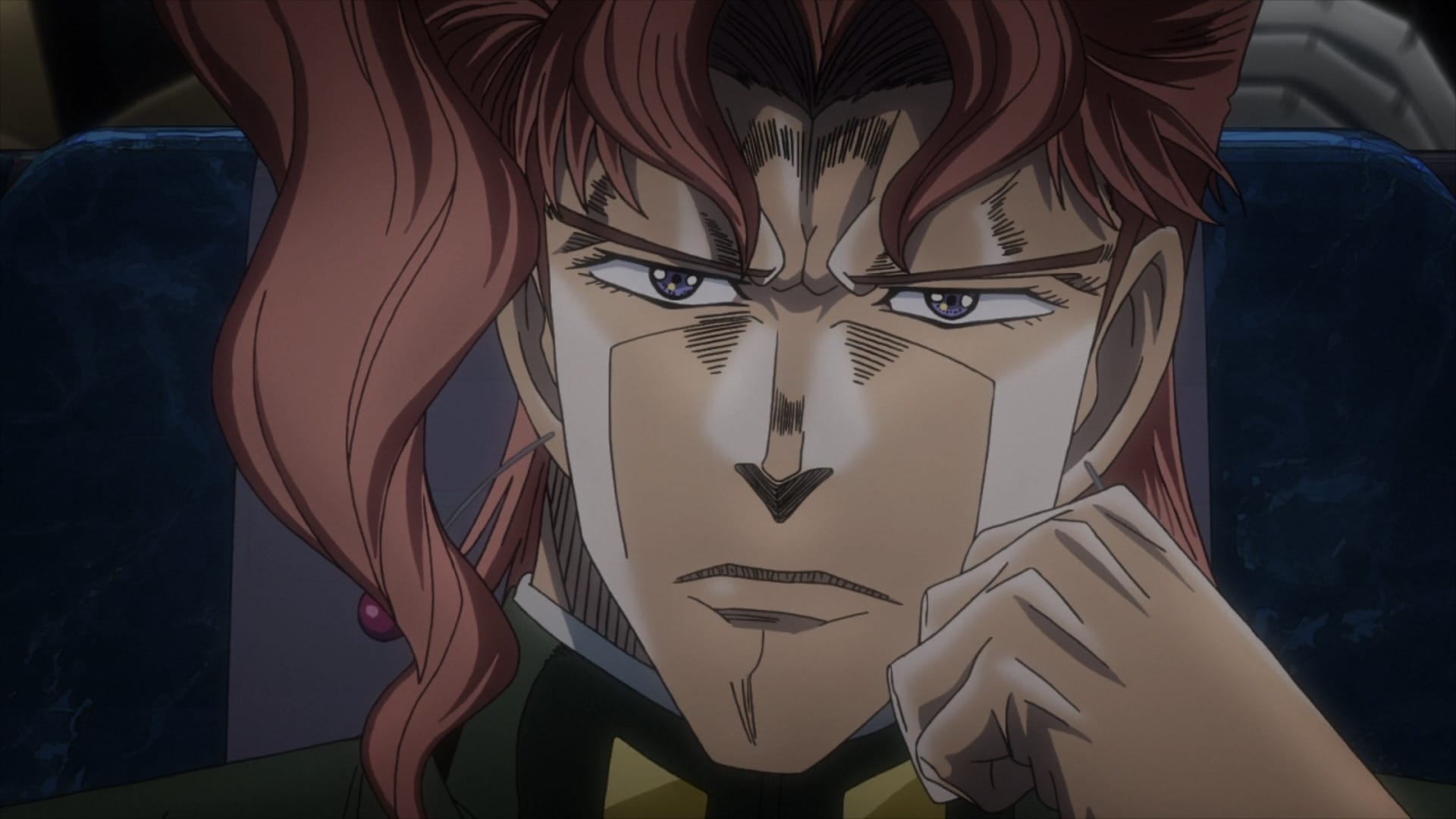 JoJo's Bizarre Adventure Sub Indo – Dio receives word from his advisor, an old woman, that their assassin is on the plane where the Joestar group is. As the plane reaches the airspace over Taiwan, Jotaro and the others are awoken from their slumber by the sound of a flying stag beetle, which Avdol identifies as an evil Stand known as Tower of Gray, which is responsible for causing mass murders that look like tragic accidents. As Jotaro struggles against Tower of Gray, finding its speed to outmatch even Star Platinum’s, it suddenly kills a row of passengers, using their bloody tongues to spell out the word “Massacre!”, shocking an elderly passenger who seems to have escaped the attack unscathed, until Kakyoin knocks him out. Avdol becomes angered, but Kakyoin convinces him to calm down, stating that the plane could explode if he or Jotaro used their Stands recklessly, deciding to face Tower of Gray himself using Heirophant Green. Although Heirophant Green’s Emerald Splash attack seems to have no effect against Tower of Gray’s speed, it all turns out to be a trap laid out by Kakyoin, who uses Emerald Splash to pin down Tower of Gray’s movements so that Heirophant Green can impale it using spikes laid out in the seating. With Tower of Gray immobilized, its user Gray Fly, the elderly man from before, is also fatally wounded as a result. They soon discover he has no flesh bud in his brain, and is working for Dio under his own greed and desire to murder. Upon noticing that the plane is not flying properly, Joseph discovers that the pilots have already been killed, with Gray Fly taunting in his last breath that even if they survive the crash, they are still over 10,000 kilometers (6,200 mi) away from Egypt. Despite having two plane crashes under his belt and only experience in flying propeller planes, Joseph manages to safely land the plane off the coast of Hong Kong, where the group realizes that they must find an alternate way of reaching Egypt that does not put innocent lives at risk. As the group goes to a restaurant and discuss travelling to Egypt by sea, they are joined by a French tourist who soon reveals himself to be one of Dio’s Stand using assassins sent to kill them. After attacking Avdol first, who combats his Stand, Silver Chariot, with Magician’s Red, the swordsman fashions a flaming clock out of an upturned table and Magician’s Red’s flames and proclaims that he will kill Avdol before the clock strikes twelve.