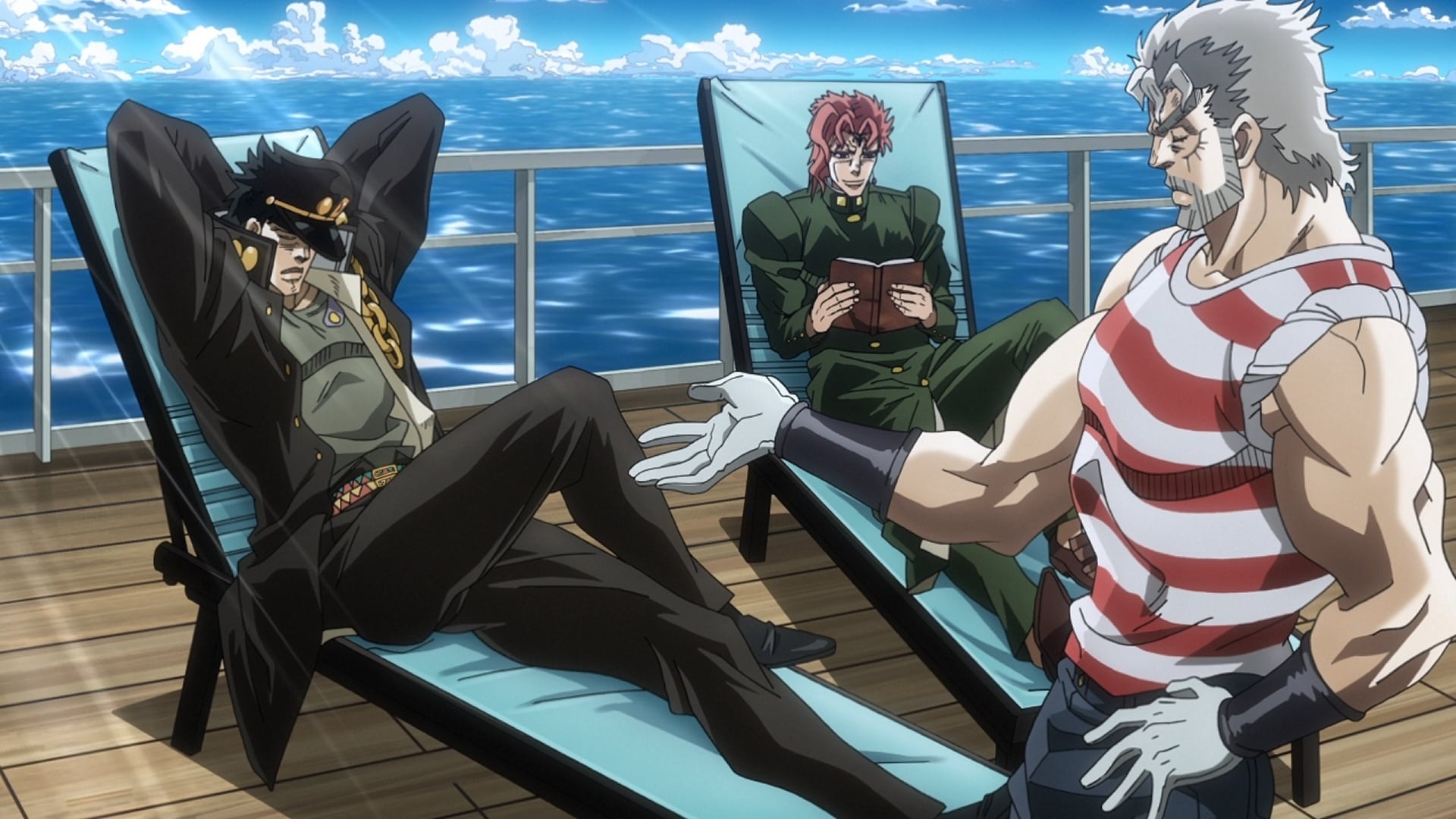 JoJo's Bizarre Adventure Sub Indo – Upon beginning their journey towards Singapore, which will take them three days by sea, the Joestar group discovers a stowaway on board. The small child claims that “he” wants to reunite with “his” father, but when met with resistance from the other crew, the stowaway attempts to swim away in the ocean. The crew is worried because the water is infested with sharks, but the stowaway is rescued by Jotaro, who discovers that the child is actually a girl, Anne. When they see one of the sharks has been sliced in half, they soon find themselves approached by a seafaring Stand, narrowly escaping its clutches with Kakyoin’s help. The group initially suspect Anne of being the Stand’s user, but soon deduce from her attempt at acting tough that this is not the case. When the ship’s Captain Tennille[d] appears, harassing both Anne and Jotaro, who was trying to have a smoke, Jotaro accuses him of being the Stand user, using a bluff involving the cigarette he was just smoking to make him reveal himself. His identity as an imposter revealed, the fake Captain Tennille has his Stand Dark Blue Moon take Anne hostage, challenging Jotaro to fight against him in the ocean, where he would have the advantage. Star Platinum manages to beat Dark Blue Moon before its reaches the ocean, knocking its owner into the sea. However, acorn barnacles appear on Star Platinum and spread around him, draining its strength and causing Jotaro to fall into the ocean, where Dark Blue Moon and the fake Captain Tennille await. Dark Blue Moon creates an underwater whirlpool and spreads its razor sharp scales into it, preventing the others from coming to Jotaro’s aid. Jotaro overcomes this situation by keeping himself and Star Platinum limp, allowing it to concentrate its strength in its fingers, and waits for the right moment to attack with his Star Finger, defeating Dark Blue Moon and sending its user to his death. Just then, several bombs laid out by the impostor explode, forcing the group and crewmates to escape on emergency lifeboats, where they soon come across a large freighter.