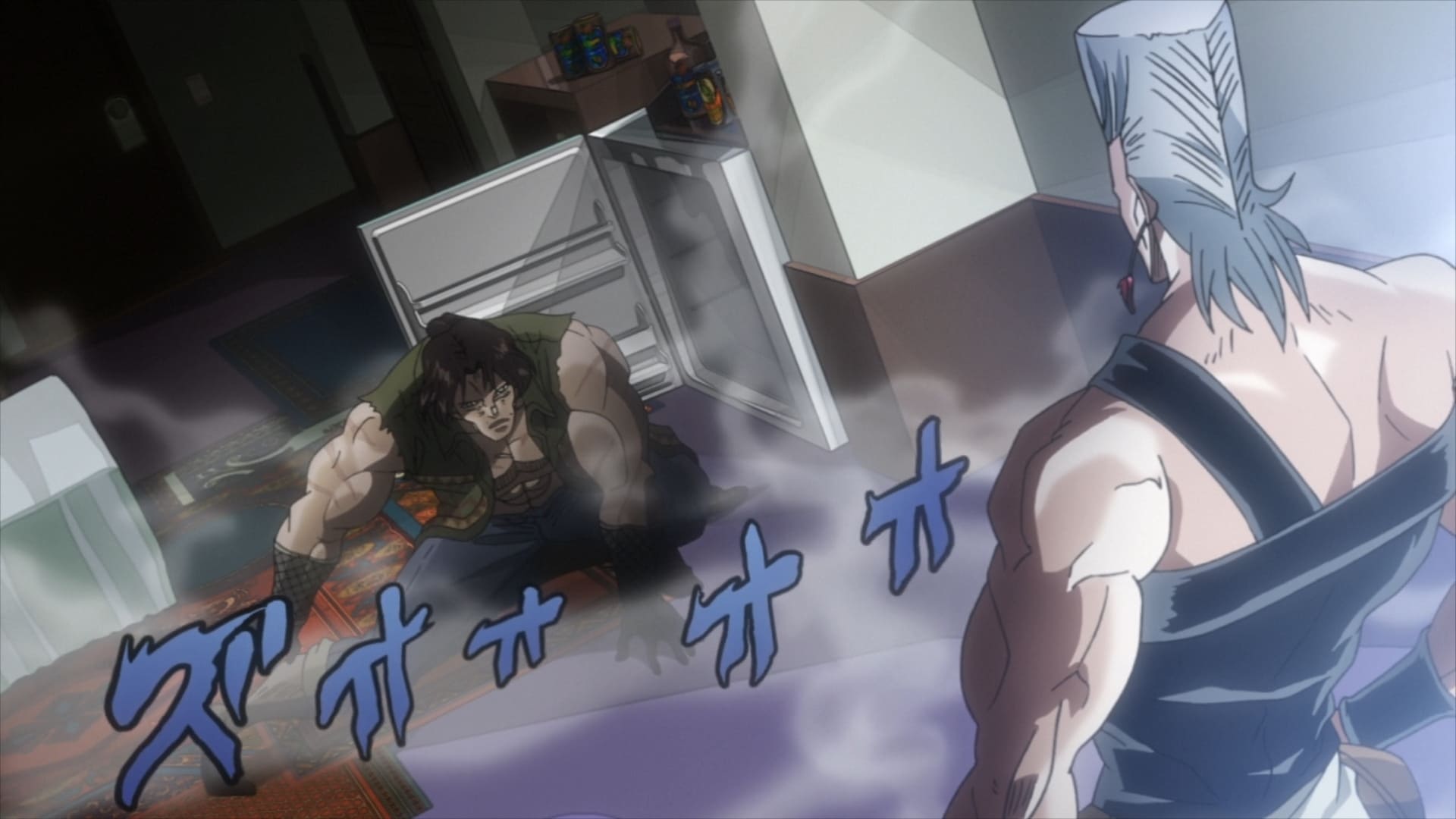 JoJo's Bizarre Adventure Sub Indo – Wishing to keep Anne safe until she is due to meet with her father, the Joestar group check into a hotel, with Polnareff put into his own room. Upon entering his room, Polnareff realises quickly that one of Dio’s assassins, Devo the Cursed,[f] is hiding in his refrigerator. Polnareff seemingly defeats Devo easily, but Devo claims that being attacked was his plan all along, as he must be injured in order for hi Stand Ebony Devil to work, before throwing himself off the hotel balcony and disappearing. Whilst searching for Devo’s whereabouts, Polnareff suddenly receives a cut on his leg, but cannot determine where it came from. After informing Avdol and Joseph of the situation and arranging to regroup with them later, Polnareff reaches under his bed for his keys, but is suddenly strapped to the underside of his bed, the culprit revealed to be a doll that Devo had possessed using Ebony Devil. Trapped under the bed and slightly blinded by shampoo, Polnareff struggles to fight against the doll as Silver Chariot cannot accurately attack in areas Polnareff cannot see, also becoming unable to save one of the hotel staff from being killed by the doll. Just as Polnareff manages to free himself from the cords restraining him, the doll soaks the room’s carpet with beverages, preparing to kill Polnareff by electrocuting him with a shorted hairdryer. However, Polnareff manages to use reflections of pieces of a mirror he shattered earlier to pinpoint the doll’s location and attack it precisely. Unable to learn anymore from his opponent, Polnareff cuts the doll to pieces, which in turn kills Devo, who had been controlling his Stand from a bathroom stall elsewhere in the hotel. Later on, as Polnareff deals with authorities about the incident, receiving help from the Speedwagon Foundation’s lawyers, Joseph uses Hermit Purple on his room’s television, which rapidly changes channels to reveal a hidden message: “There is a traitor among you. Be wary of Kakyoin, for he is Dio’s servant.” Soon, the image changes to Dio who taunts Joseph before causing the television to explode. This leads Joseph and Avdol to be cautious about Kakyoin, who Avdol realizes is currently accompanying Jotaro and Anne into town.