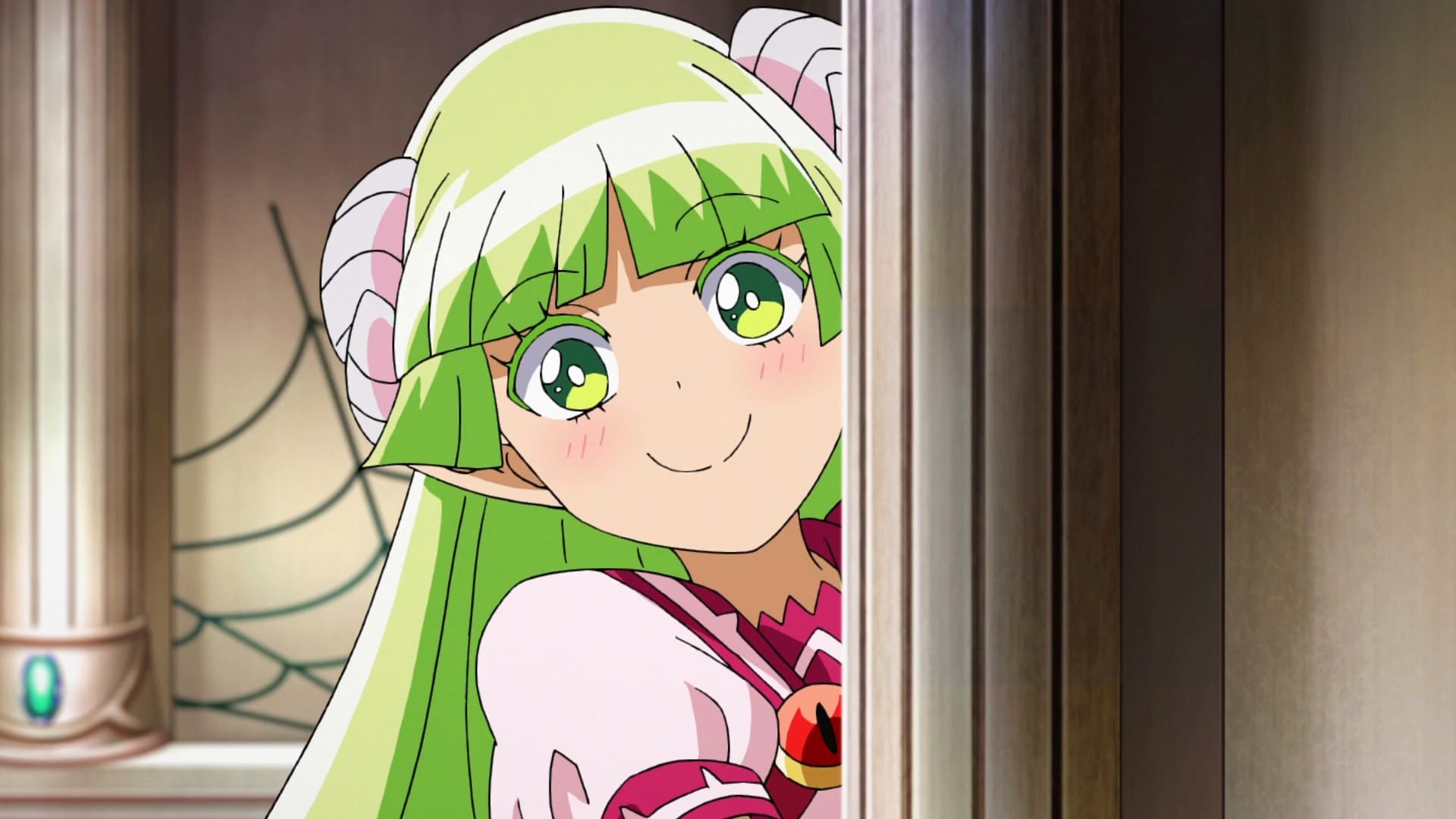 Mairimashita! Iruma-kun Sub Indo – The one who had bumped into Iruma in the hallway was Ameri, who had been convinced that Iruma is human. When they bump into each other, Iruma finds out that Ameri has a shojo manga from the human world called “First Love Memories.” “First Love Memories” is considered forbidden texts in the netherworld. Ameri desperately wants to know what they’re saying in the manga so she asks Iruma to read the text for her, which would also prove that he’s human. Thus, began Iruma and Ameri’s live readings!