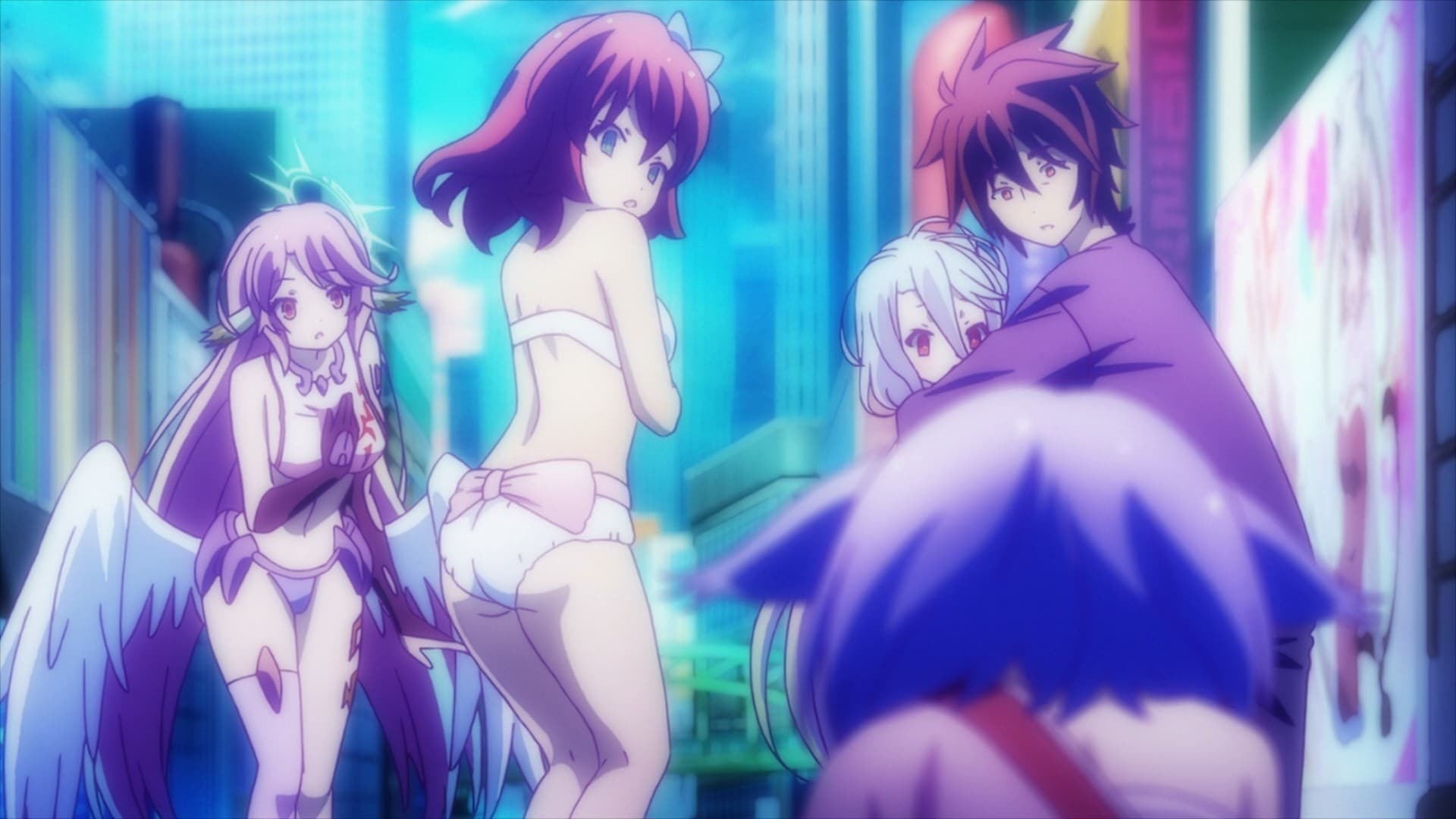 No Game, No Life Sub Indo – No Game, No Life – Sora and Shiro are defeated; as Izuna drops her guard, she is shot by Stephanie riding a NPC. Sora reveals he bound Stephanie to the Pledges to hide her intent while Shiro calculated the NPC’s movements, allowing Stephanie to hide her location. While Izuna laments the werebeasts’ fate, Sora assures her of his goodwill. Sora forces political pressure on the Eastern Federation leader, the nameless miko, to challenge him to a game. They have a coin flip where Sora has it land on its edge. He convinces the miko to declare they both win and as a result, Elkia can share resources with the Eastern Federation while the werebeasts maintain their self-rule; the allied nation is named the Elkia Federation. In the aftermath, Sora and friends have the miko channel an old deus for a game.