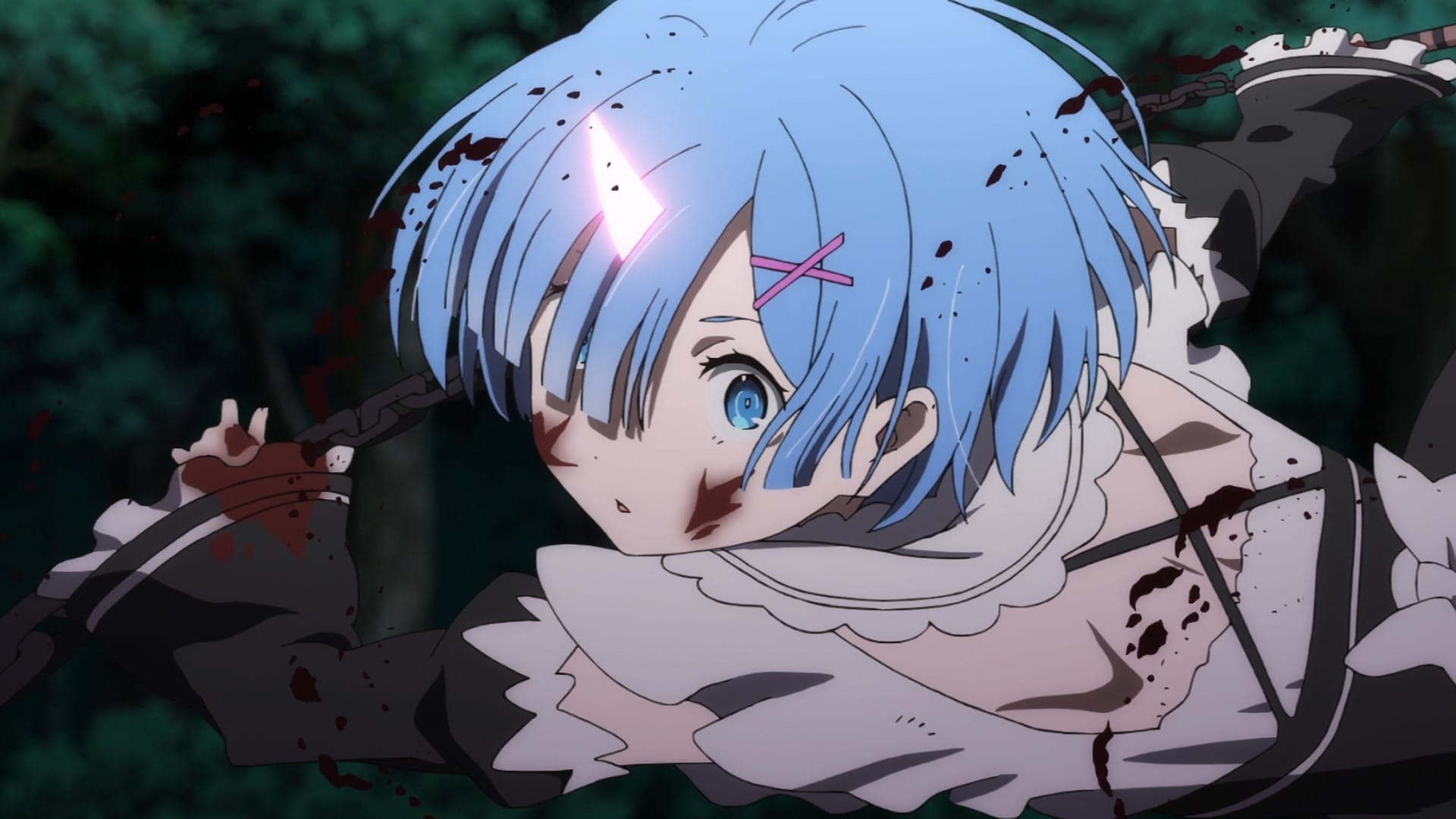 Re:Zero kara Hajimeru Isekai Seikatsu Sub Indo – Subaru wakes up the next day having survived the attack with the timely arrival of Emilia and Ram. The barrier surrounding the village is restored to keep it safe from Mabeasts. However, Subaru is still cursed and due to a large number of them applied, Beatrice is unable to lift them all within a half a day. So Subaru, having received a sword from the villagers as a reward, sets out into the forest to kill the dog controlling the Mabeasts to lift the curses with Ram, as well as turning Rem back to normal. Ram reveals to Subaru about the horn that makes them demons and that she does not have a horn. Subaru draws the Mabeasts by attempting to reveal the truth about his Return by Death and the two are chased. They fall down a cliff and are met by a pack of Mabeasts and a berserk Rem. Subaru puts his plan into motion by having Ram attack the Mabeasts while Subaru is launched towards Rem to try and hit her horn to regain her senses.