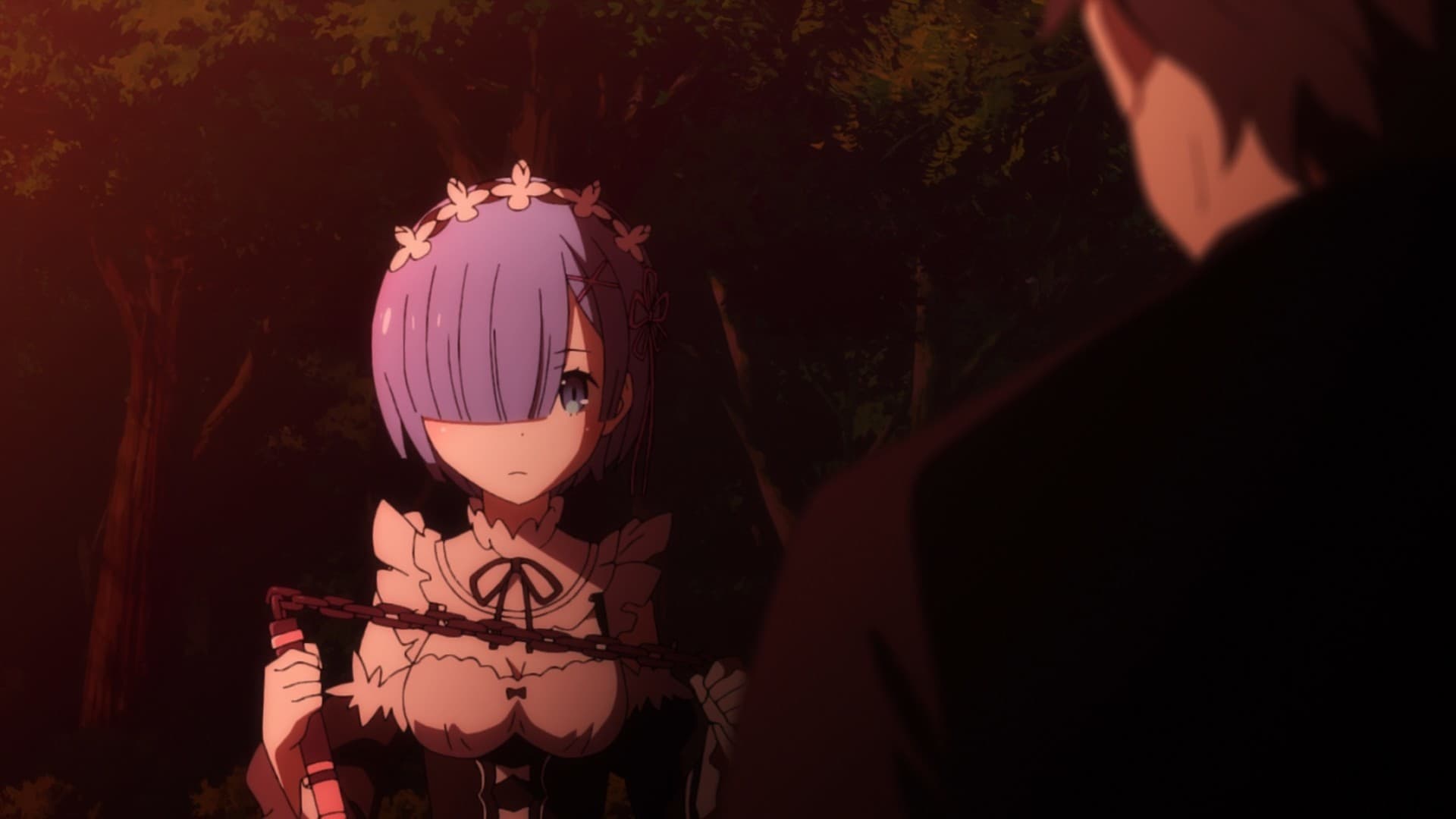 Re:Zero kara Hajimeru Isekai Seikatsu Sub Indo – Rem knocks Subaru down and tortures him. She suspects that Subaru belongs to a faction against Emilia, and states that he has a smell of witch before killing him. Subaru is revived once again in the mansion, and meets Ram and Rem again, with fear. Emilia worries about him, realizing he is in trouble; Subaru tries to tell her about his deaths and revivals, but just as he begins, a black shadow seemingly with hands overwhelms him. Two days later, Beatrice is sent to see what’s bothering him; she also states that he has a strong smell of witch. Subaru asks her to guarantee his safety at the fourth night, which she grants by making a contract with him. On that night, he recalls Rem’s attack on him, and feels his hands held by other hands, and then wakes up in Beatrice’s room. He gets through the night in this room safely. In the next morning, he walks out of the room, and finds that Rem is dead, leaving Ram in grief. Roswaal states that she died of exhaustion, possibly caused by a curse. He and Emilia ask for clues for Rem’s loss, which Subaru is unable to provide. Ram suspects Subaru and tries to attack him, but Beatrice protects him because of the contract. Subaru runs away from the mansion and goes to a cliff. Beatrice approaches him and informs him that the maid twin is incomplete with the loss of one, and offers to help him to escape the territory. Subaru realizes that it was the twin that held his hands in his sleep. Then Ram also arrives, swearing to kill Subaru. Believing that his own cowardice has led to Rem’s tragedy, and despite Beatrice’s protection, Subaru jumps off the cliff to his death announcing that he will definitely rescue everybody.