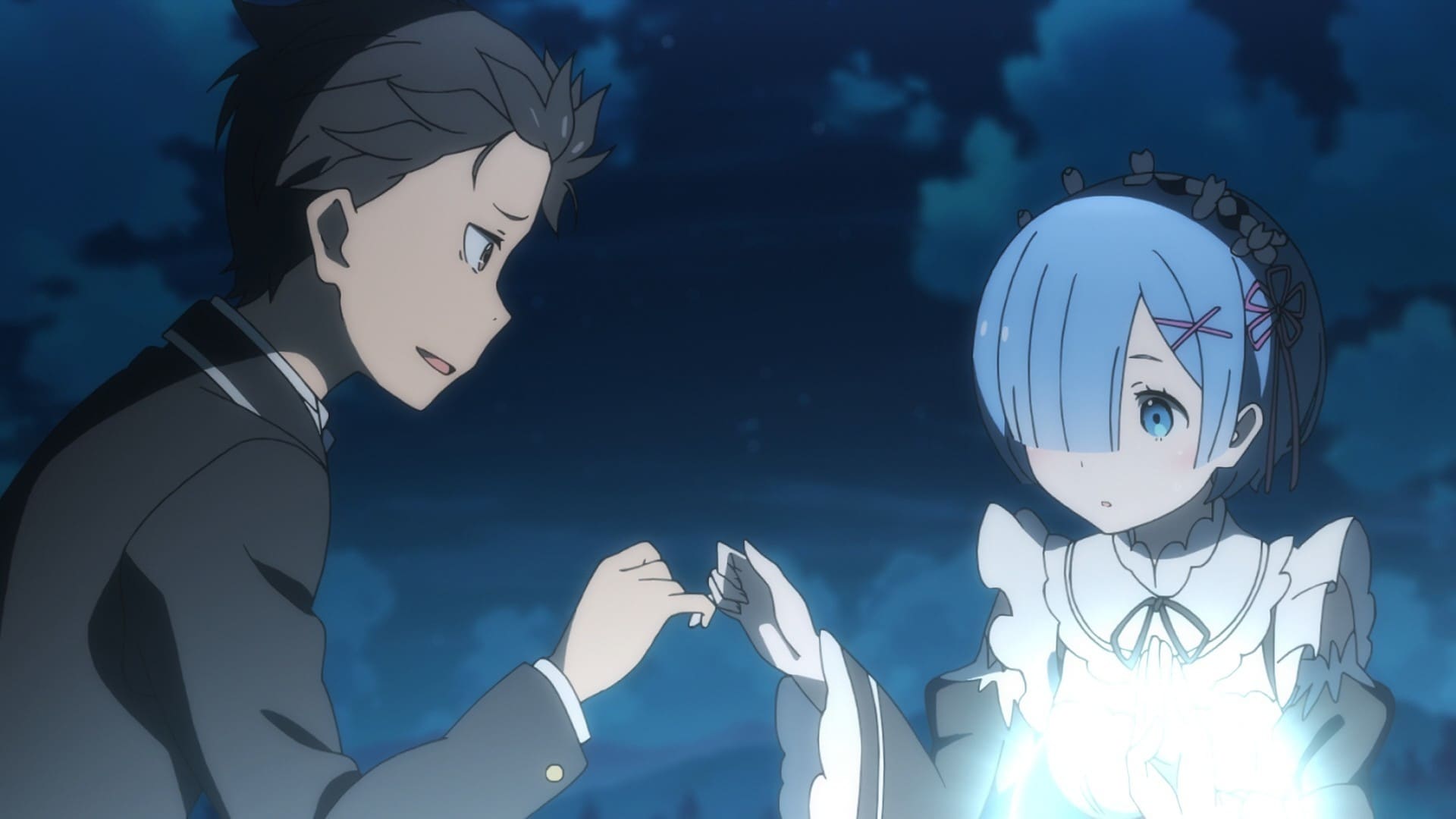 The Meaning of Courage

Re:Zero kara Hajimeru Isekai Seikatsu Sub Indo – Subaru visits the village with Ram and Rem with the purpose of finding the the culprit. When the three return from the village, Roswaal leaves for the night, which did not happen in the previous timelines. Subaru sees Beatrice to confirm that he was cursed and to locate where it was applied to on his body. Having traced the curse to the dog that bit him, Subaru realizes that the children are in danger and that night, he returns to the village with Rem. The children go missing and the two venture into the forest to find all but one of the missing children, who have been bitten by the dog. While Rem heals the children, Subaru goes searching for the last child and gets attacked by a Mabeast. Subaru defeats the Mabeast, but he gets surrounded by a pack of Mabeasts and Rem arrives to clear a path. The two run back to the village, but while buying time to get the children to safety, Rem gets overwhelmed. Rem unleashes the demon within her and goes berserk. With Rem about to be killed, Subaru stands in to take the attack.