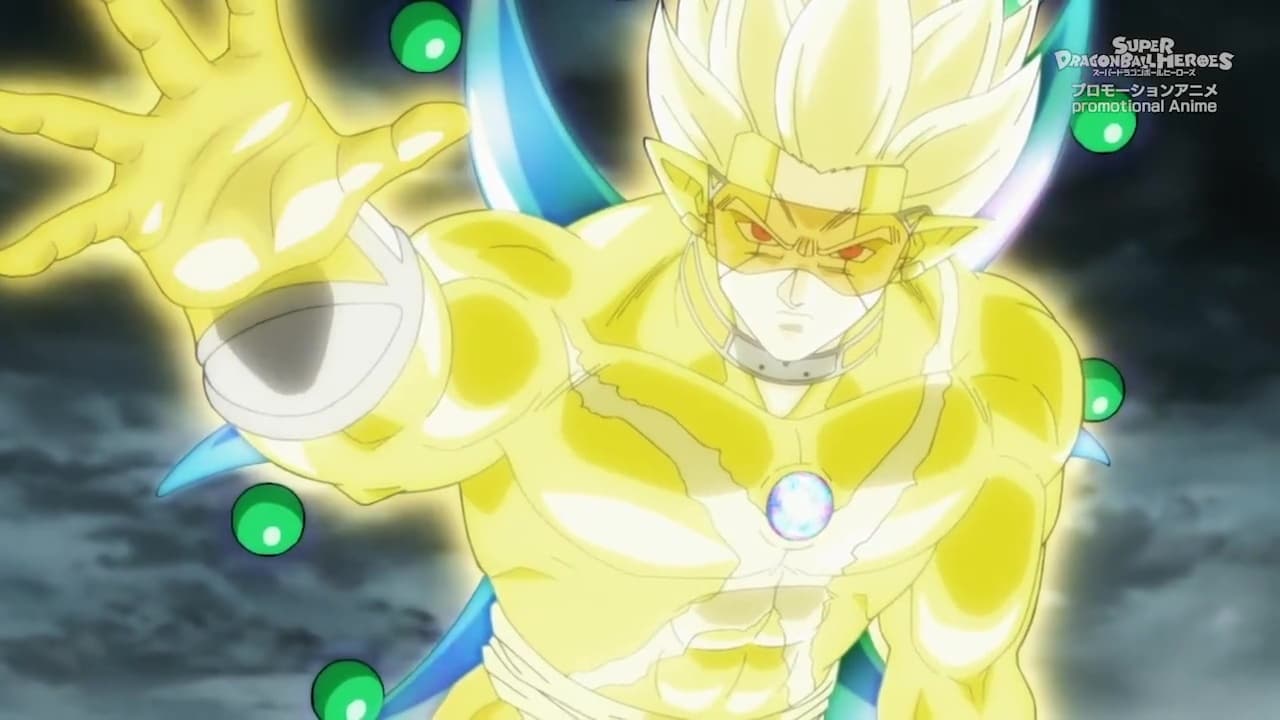 Super Dragon Ball Heroes Sub Indo – Vegeta and the others try to attack Hearts while he is absorbing the Universe Seed, but Zamasu stands in their way as he reveals that he aiding Hearts so he can resume his scheme without the Zenos’ interference. Zamasu overpowers Goku after quickly incapacitating the others before Jiren and Hit arrive to join the fight, having been sent by their universes’ Supreme Kais to deal with Hearts and his allies. Goku, Jiren and Hit are about to attack Zamasu again when Hearts suddenly emerges from his crystal construct, having assimilated the Universe Seed and its power into his body. Hearts uses his new power to easily immobilizes Zamasu, obliterating him after revealing his goal is to destroy all the gods. The Grand Minister is disturbed from sensing Zamasu’s death as Hearts proclaims himself to be “the Godslayer.”