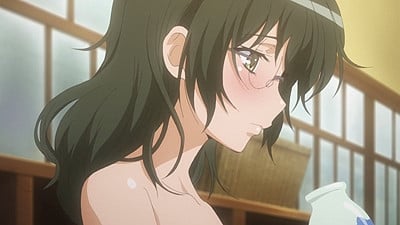 Toaru Kagaku no Railgun Sub Indo – AntiSkill member Tsuduri Tessou is having a bad day, first missing her train and then getting taken hostage during a mission. After being saved by her partner, Yomikawa, they do a curfew run at an arcade where they spot Mikoto and her friends, along with a boy named Konoue, one of Kazari and Ruiko’s classmates. The next day, after Tsuduri gets given several menial tasks, she encounters Konoue at the arcade again. She meets him again the next day, showing him how to get a secret character, before going to help a drunk Yomikawa. Whilst on duty the next day, Tsuduri deals with both Index and Aisa Himegami before ending up at the arcade again, where she plays against Konoue whilst both using the secret character. The next day, she learns from Ruiko and Kazari that Konoue has transferred to a school for games design, hoping to make a sequel for that fighting game.