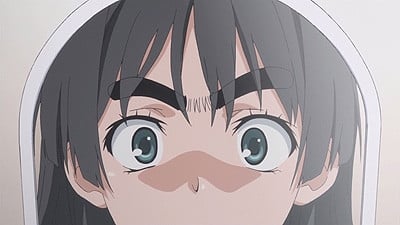 Toaru Kagaku no Railgun Sub Indo – Kuroko and Mikoto invites Kazari and Ruiko to go shopping and sightseeing at the School Garden, a private, high class district which caters for Schoolgirl’s of elite and upper class schools and where most of the elite Girls schools are located. Ruiko gets her uniform wet after tripping into a puddle so Kuroko lets her borrow her Tokidawai uniform. When the girls arrive to an Italian Pastry shop for cake, Shirai and Uiharu are immediately called back at Judgment for an emergency. Mii Konori, their sempai in Judgment reveals that yesterday, six Tokidawai students including Mitsuko were mysteriously attacked by an unknown perpetrator with a Taser who immediately drew their eyebrows with a marker while they were unconscious but none of the victims saw their attacker. Unfortunately, it is during this time that Ruiko is mistaken as a Tokidawai student and attacked by the criminal herself whilst in the bathroom.

As Mikoto, Kuroko and Kazari try to figure out who the invisible attacker is, they conclude that the attacker has an ability called ‘Dummy Check’, the ability to make the user invisible to the human eye, which explain why the victims never saw her but the district’s CCTV camera’s did. At first they believe the culprit is Miho Jifuki, a Sekishi Junior High student and the only person who has this ability but the City’s database says she’s only a Level 2 and doesn’t have enough power to turn herself completely invisible. Saten, who has woken up after her attack and learning on what happen to her eyebrows, confirms Miho was the culprit who manage to see her face in the mirror before falling unconscious and wants revenge. With the help of School Garden’s CCTV camera’s, the girls manage to track Miho down and cornered her. After being subdued by Mikoto, Ruiko wants to draw Miho eyebrows but finds out the girl has naturally weird eyebrows. Miho reveals that she targeted Tokidawai students because her boyfriend left her for one and didn’t like her eyebrows. Feeling sorry, Saten decide to let go of her grudge and ease Miho by telling her that her eyebrows are charming. As she’s being taken away by the Anti-skills, Mikoto wonders how did Miho became powerful when she’s only a Level 2 in the first place. The next day however, Saten is still angry that she didn’t have her revenge against Miho when she learns the ink on her eyebrows won’t come off for a week.