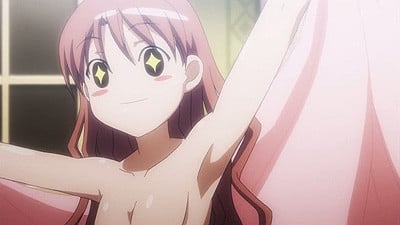 Everyone Likes This Sort of Thing

Toaru Kagaku no Railgun Sub Indo – Mikoto learns from Kuroko about a series of small harmless explosions in the city caused by graviton bombs where aluminum objects were uses as a catalyst. Unfortunately, the only suspect that has this ability was in the hospital during the whole time. Mikoto offers to help them investigate, but she is told by Kuroko to stay out of Judgment affairs. Mikoto tells her frustrations with Kuroko to Kazari in a cafe but she is dragged away by Kuroko, accidentally leaving behind her Judgment armband.

When Mikoto tries to return it, she gets mistaken by Konori as another member of Judgment. Mikoto decides to play along to prove herself and show Kuroko she can be a better Judgment member. However, she’s surprised to find that a lot of Judgment work is menial, such as having to clean up after people, but she also gets to do her share of helping people in need, and it’s harder than she expected. Meanwhile, Kuroko and Kazari encounter a little girl who had lost her bag and calls Konori to help them search for the bag, which Mikoto assumes is related to the bombings and takes it seriously. Whilst searching, Mikoto encounters a boy being hassled by some thugs, who is very ungrateful for the rescue and instead is pissed off that she didn’t act quicker.

They eventually find the bag being taken by a dog and Mikoto takes extreme measures to capture it safely, only to learn there wasn’t a bomb threat in the first place. As Kuroko and Kazari return with the little girl to reclaim the bag, Mikoto’s cover is blown, but she is thanked by everyone for her help nonetheless. Back at the Tokidawai Dorms, Mikoto reflects that being a member of Judgment isn’t easy and has a new appreciation for what Kuroko and Judgment does, with Kuroko purposely misinterprets the saying and tries to harass Mikoto, but gets the door slammed into her back by the dorm supervisor who arrived to investigate the noise. Sometime later, two Judgment members evacuate a convenience store after detecting a graviton bomb inside but one them shields a civilian when the bomb goes off, causing a large explosion and seriously injuring him in the process.