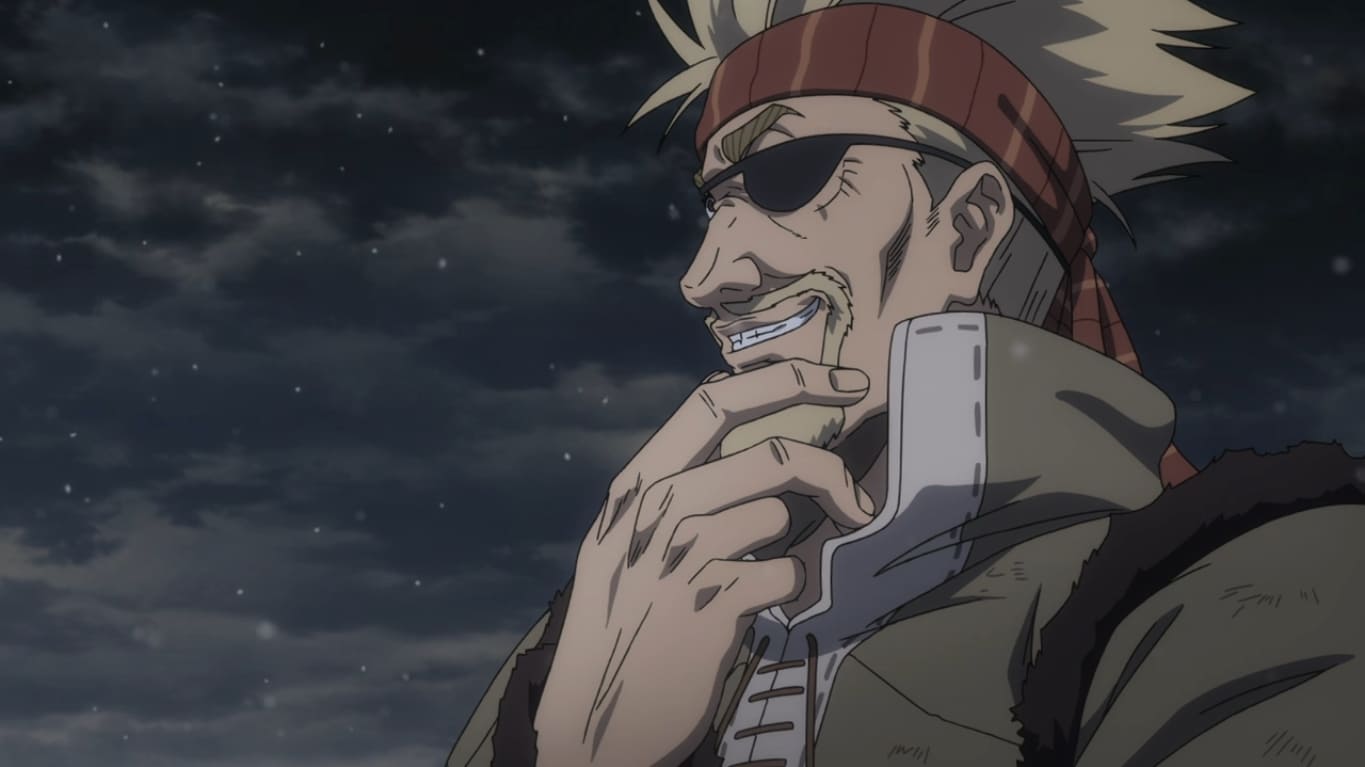 Vinland Saga Sub Indo – Thorfinn and Askeladd prepare to duel, but Askeladd surprisingly throws away his sword. Thorfinn angrily attacks him, but he is no match for Askeladd who taught him how to fight and knows his weaknesses. Askeladd beats Thorfinn into unconsciousness, and Canute stops Askeladd from killing the boy. Askeladd then recounts his upbringing as the son of a slave woman, who attracted the attention of his Viking father Olaf because of his fighting skills. He eventually took revenge and killed Olaf, but cast suspicion on another son who was hanged for the murder. He explains his contempt for the attitude of the Vikings who live only for battle, conquest and revenge. He chides Thorfinn for having learned nothing while Askeladd exploited the boy for his own ends. Canute asks Askeladd why he supports him, and Askeladd simply replies that Cunute is the one most fit to be king of the Vikings.