Oops! It appears that you have disabled your Javascript. In order for you to see this page as it is meant to appear, we ask that you please re-enable your Javascript!
Anime Updates
Boku no Hero Academia: S4 – Ep. 24Toaru Kagaku no Railgun: S3 – Ep. 9Haikyu!!: S4 – Ep. 12Somali to Mori no Kamisama: S1 – Ep. 12Infinite Dendrogram: S1 – Ep. 11 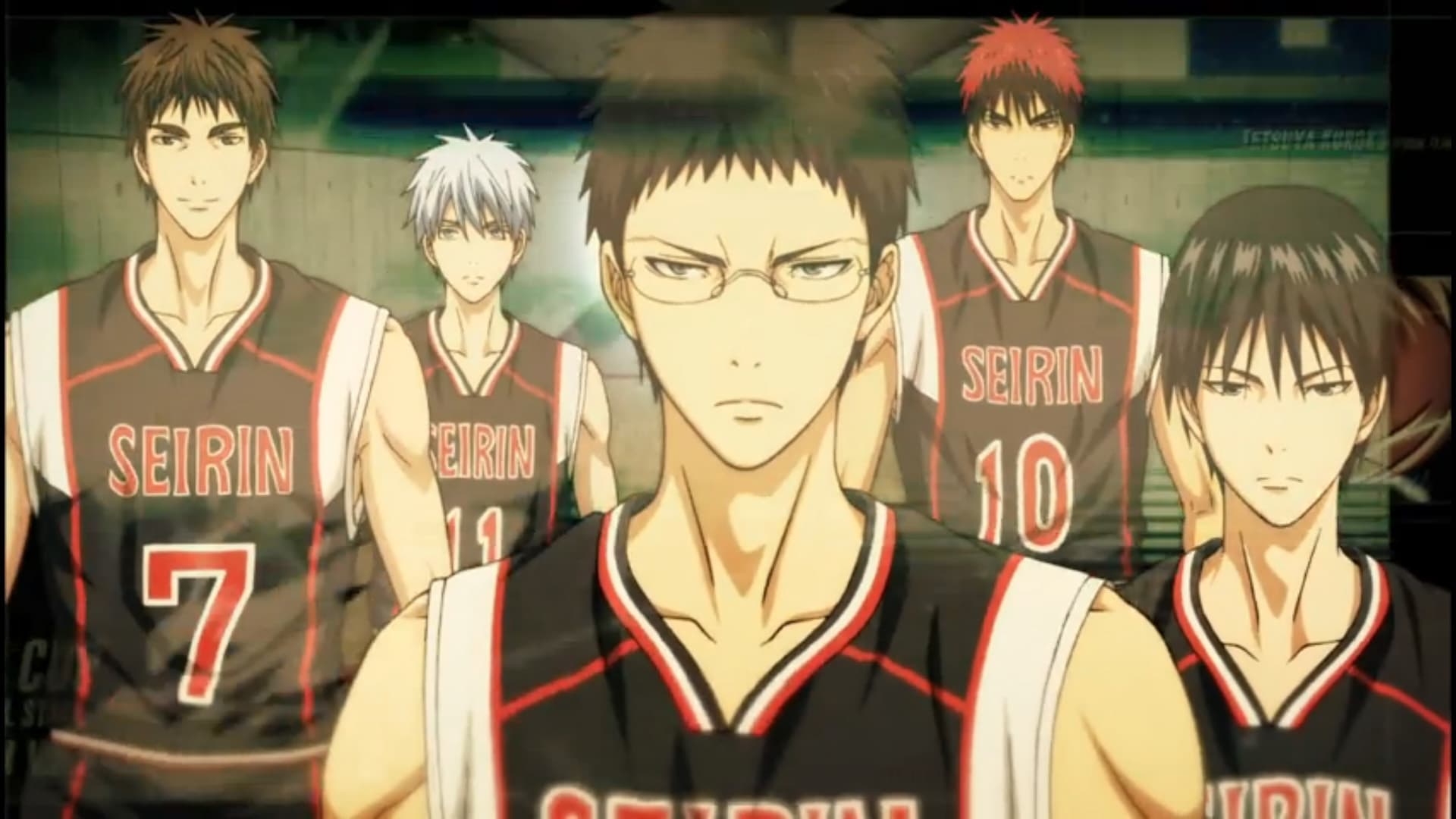 Shortly after the Inter-High of Kagami and Kuroko’s second-year, a street basketball team from the USA called Team Jabberwock came to Japan to play a friendly match against a Japanese college-level street basketball team, Team Strky. Despite their best efforts, Strky is brutally crushed by Jabberwock. After the match, the Jabberwock players insult the players from Strky and all of Japanese basketball, claiming Strky’s basketball was at the same level as monkeys and telling the players and crowds to quit playing basketball and kill themselves. As a revenge match, Kagetora assembles a dream team of all members of Generation of Miracles plus Kuroko Tetsuya and Kagami Taiga, along with bench players Hyūga Junpei, Takao Kazunari, and Wakamatsu Kōsuke, forming Team Vorpal Swords, with the hopes of reclaiming the pride of Japanese basketball.